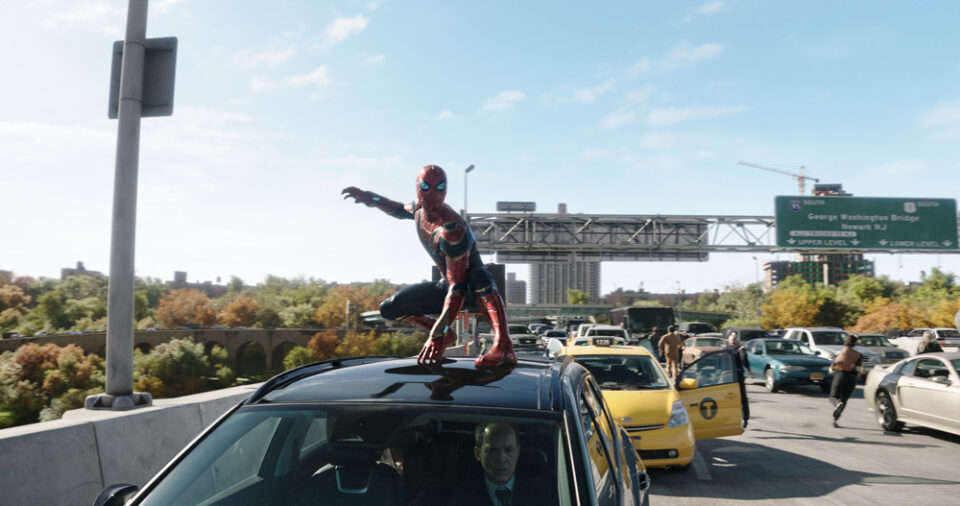 EXCLUSIVE: TikTok’s grip on young audiences is a well-established fact, but the social network has just released a new report detailing how that defining trait has made it increasingly attractive to Hollywood.

In a new blog post titled “The Future of Entertainment Marketing,” the company, which has more than 1 billion monthly active users globally, reports a range of statistics. Except for streaming, TikTok was cited as the No. 1 activity for U.S. entertainment viewers 18 and older when they have an hour to spare, according to the GoodQues TikTok Entertainment Study in 2021. That same poll found that 58% of TikTok users called themselves “interested” or “very interested” in seeing more studio content on the platform. And 69% of users have also co-created content related to a show or movie.

“A year or a year-and-a-half ago, we were a must-try platform,” Nikao Yang, vertical director of gaming and entertainment, global business solutions at TikTok, told Deadline in an interview. “Now we’re really a must-have. Before, we were part of the conversation. Now, we’re driving the conversation.”

The by-product of that conversation is something the company calls “community-generated entertainment.” Unlike passive TV viewers or visitors to other digital hubs, TikTok-ers tend to be more active participants, shaping their experience and forming tight bonds with like-minded users. The origin story of TikTok is participatory, after all: Its prior incarnation was the music video lip-sync app Music.ly. Today, Yang said, “it’s not just singing or dancing. We’re building more complete communities.” Medicine, education, food and parenting are increasingly vibrant verticals, he noted.

TikTok, a division of the privately held, China-based tech company ByteDance, has faced U.S. government scrutiny amid concerns that user data is controlled by Chinese officials. (The company says the fears are unfounded and that U.S. user data is stored in the U.S.) A previous bid to build a bridge to Hollywood foundered in 2020, when former Disney exec Kevin Mayer agreed to come aboard as CEO but then left after only three months. Last spring, ByteDance CFO Shouzi Chew was appointed CEO of TikTok and former YouTube exec and TikTok vet Vanessa Pappas, after a stint as interim chief, became COO.

One reason for Mayer’s about-face was that the administration of former president Donald Trump had been trying to force the company to sell to a U.S.-based concern. It had even engineered a deal with Oracle and Walmart. But that transaction fell apart after TikTok mounted successful legal challenges. Since Joe Biden took office, the government stance has been to study the security issues more carefully before determining a course of action.

Against that backdrop of intrigue, TikTok’s user base has continued to grow apace, and studios have come to see it a key complement to Twitter, Instagram and other social and digital platforms. Sony mobilized TikTok in a number of ways as part of its campaign for Spider-Man: No Way Home, which has defied the pandemic to become one of the top all-time blockbusters.

Jeffrey Godsick, the studio’s EVP of global partnerships and brand management, said TikTok has a “tremendous audience, but it’s more than that. They have an audience that wants to absorb things through content, and that works for us because that’s what we do. We make content.”

For No Way Home, the studio looked to make good on a core principle outlined by Godsick: “In order to be authentic, you have to come in as a creator, not as an advertiser.” Among the ways Sony looked to do that was by setting up a version of the Daily Bugle (the fictional newspaper where Peter Parker works) as a live destination on the platform. It also gave Michael Le, who posts popular TikToks as “@justmaiko,” a walk-on part in the movie. While he was bound by the usual confidentially agreements during production, he was able to start sharing his on-set perspective a few days before opening weekend.

Along with Universal’s pitch for Sing 2, Yang said the Spider-Man campaign took advantage of one core element of the service. “A fundamental aspect of TikTok is that it was built for co-creation,” he said. Three features in particular seem to galvanize user communities around film and TV titles, he said. “Stitch” and “Duet” options enable users to engage more directly with content. Users can also reply with video. According to a report last week in TechCrunch, TikTok is also testing a new “repost” button that would work similarly to Twitter’s re-tweet function.

While the company has not revealed ad revenue figures, its ambitions are clearly to stand shoulder to shoulder with other digital outlets in a booming ad market. Tik Tok has taken part in the NewFronts, an annual showcase for online outlets and streamers. A recent Kantar study found that the number of consumers exposed to ads on TikTok nearly doubled from 19% in 2020 to 37% last year.

One of Sony’s primary calls to action on TikTok as well as other media platforms was to go and see Spider-Man in a movie theater, where it has an exclusive run for its first few weeks of release. “That was woven into everything we did,” Godsick said.

Even at levels below the stratospheric level of No Way Home, the “entertainment loop” described in TikTok’s new report could be a hopeful sign for pandemic-battered movie theaters. In the company’s formulation, users who discover new content on TikTok watch it on TV and in theaters and then come back to TikTok, where they co-create about what they’ve just watched. That co-created content is then widely shared. That loop, the company says, represents “a massive opportunity for entertainment marketers to captivate audiences at incredible scale.”

In a July 2021 survey of active TikTok users aged 18 and older, 41% said when they discover a new movie on the platform, they look up a theater where they can see it. That’s more than the 28% who said they look up a streaming service where they can watch it. Those expressions of interest also result in conversions, with 26% of respondents saying they buy tickets once they lock in on a movie they want to see.