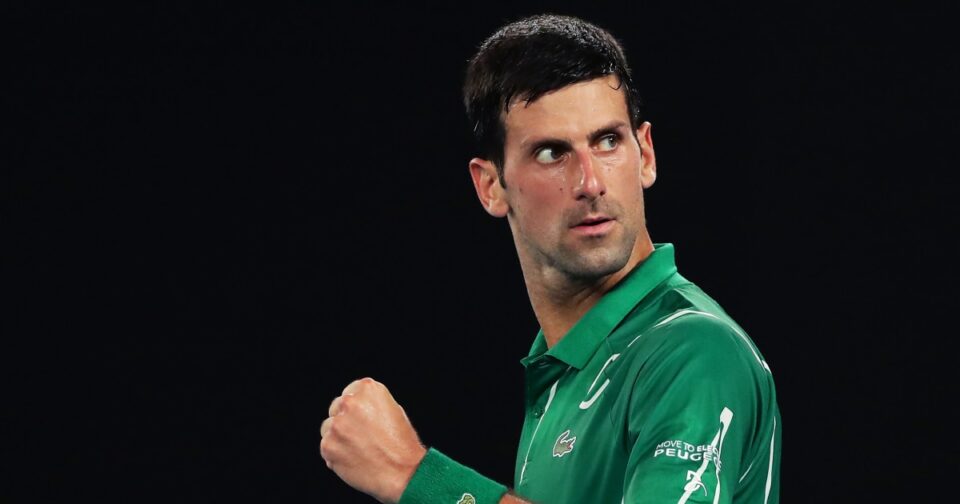 Tennis star Novak Djokovic said Monday he plans to stay in Australia to “try to compete” in the Australian Open after winning an appeal against a decision to cancel his visa over his Covid-19 vaccination status.

In a ruling early Monday, Federal Circuit Court Judge Anthony Kelly ordered that Djokovic be released from immigration detention and have his visa reinstated.

However, the saga — which became a flashpoint in the broader debate over vaccine mandates — may not be over as Australia’s immigration minister weighs whether to use his personal power to cancel the athlete’s visa again.

“I’m pleased and grateful that the Judge overturned my visa cancellation. Despite all that has happened, I want to stay and try to compete @AustralianOpen,” Djokovic, 34, said in a tweet.

“I remain focused on that. I flew here to play at one of the most important events we have in front of the amazing fans,” he said.

“For now I cannot say more but THANK YOU all for standing with me through all this and encouraging me to stay strong,” he said in a second tweet.

The Serbian tennis star made the comments as his family held a news conference in his support and said he had already returned to the practice court to prepare for the tournament later this month.

“We have come to celebrate the victory of our son, Novak. A boy who learned in his family not to tolerate lies, injustice and deception and always fought for justice,” said Djokovic’s mother, Dijana, at the event in the Serbian capital Belgrade.

She said his win in court was the “biggest victory in his career, bigger than all his grand slams.”

Djokovic’s brother, Djordje, said he believed his sibling was fighting for the “liberty of choice.”

The battle waged by the men’s world No. 1 came after fury in Australia, which is battling a new wave of infections driven by the omicron variant, over Djokovic’s claim of a vaccine exemption allowing him to compete in this month’s tournament.

The tennis star has drawn fierce support from his native Serbia, and from protesters who expressed their backing outside the hotel in which he was held over the weekend.

But while his fight became a rallying point for many opposed to restrictions on the unvaccinated, others saw the furor as the latest incident to undermine the credentials of a sporting great who has drawn frequent criticism for his behavior on and off the court.

The court order in Djokovic’s favor centered largely on how the government handled the cancellation of his visa, however.

During a virtual hearing early Monday the judge noted that the decision was made by a delegate for the home affairs minister at 7:42 a.m. on Thursday, even though Djokovic had been told he would have more time to respond to the notification that his visa was at risk of being canceled.

“If the applicant had had until 8:30 a.m., he could have consulted others and made submissions to the delegate about why his visa should not be canceled,” Kelly said in reading out an agreement between the government and Djokovic’s lawyers.

During the news conference, Djordje Djokovic praised Kelly for his decision and said he admired the judge.

“I think it was very detailed,” he said of the decision. “It was very thorough and it was very neutral and I want to thank him.”

The tennis star was hoping to defend his title at the season’s first major tournament, and his participation is now again possible when it starts on Jan. 17. But the government says the immigration minister could still use his personal power to cancel Djokovic’s visa again.

In a statement Monday, a spokesperson for Australian Immigration Minister Alex Hawke said the minister was considering the move.

“Following today’s Federal Circuit and Family Court determination on a procedural ground, it remains within (Hawke’s) discretion to consider cancelling Mr Djokovic’s visa under his personal power of cancellation within section 133C(3) of the Migration Act,” the spokesman said, according to Reuters. “The Minister is currently considering the matter and the process remains ongoing.”

The saga began when Djokovic announced on Instagram last Tuesday that he had been granted “an exemption permission” for the Covid-19 vaccination, which would allow him to fly to Australia to take part in the tournament.

While he was in the air, questions were raised about exactly how and why Djokovic was granted the apparent exemption amid a worsening epidemic situation in Australia. The country’s total coronavirus infections surpassed 1 million on Monday, with more than half of them recorded in the past week, Reuters reported.

Australia’s Covid-19 rules stipulate that incoming travelers must have had two shots of an approved vaccine, or must have an exemption with a genuine medical reason to avoid quarantine. All Australian Open players, staff, officials and fans also need to be fully vaccinated to enter the tournament venue.

Australia has had some of the world’s toughest border restrictions and only started to allow some international travel in November.

Djokovic was detained at the airport in Melbourne overnight after landing late on Wednesday. In an interview with officials, he said he was not vaccinated against Covid-19 but had been granted an exemption because he had contracted — and recovered from — the virus in December.

There was a dispute over whether this was allowed, and officials subsequently canceled Djokovic’s visa, saying he had failed to provide appropriate evidence to meet Australia’s entry requirements.

In a court filing ahead of the hearing on Monday, government lawyers said the Australian government had not given Djokovic an assurance that the medical exemption would be accepted.

At the hearing, Kelly questioned why the home affairs delegate had not accepted Djokovic’s medical exemption, which was reviewed by two medical panels.

“The point I’m somewhat agitated about is, ‘What more could this man have done?’” the judge said.

If Hawke were to remove Djokovic from Australia, the tennis star would be ineligible to return to the country for three years. That decision could also be appealed.

Djokovic has won nine of his 20 major titles at the Australian Open, and shares the men’s record for most majors with Roger Federer and Rafael Nadal.

The visa drama has rocked the tennis world and also created tensions between Serbia and Australia.

Australian Prime Minister Scott Morrison has been vocal about Djokovic’s case and said Thursday that “No one is above rules,” and “there are no special cases.”

In Serbia, President Aleksandar Vučić threw national support behind Djokovic, saying in a post on Instagram that “the whole of Serbia is with him.”

At the news conference Monday, Djokovic’s father, Srdjan, praised his son as a “mental strongman” and accused those with power of thinking that it was “impossible for a boy like him to be the best in their bourgeois sport.” He did not say exactly who he was referring to.

Srdjan said that his son had received support “from Africa, the Far and Middle East, Russia, China, India, South America.”

“They are all Novak. Everyone is looking at him as the personification of (the) fight for freedom,” he said.

His fans in Australia, many draped in Serbian flags and wearing “Novak” T-shirts, had rallied outside the hotel in Melbourne where Djokovic was kept under guard for several days while awaiting his appeal hearing. The hotel is also used to house refugees and asylum seekers, some of whom have been there for years.

Djokovic’s mother said her son’s detention had left her family with feelings of “sadness, despair (and) disappointment.”

“There were moments when he didn’t even have a phone and we didn’t know what was happening,” she said. “We didn’t know if he was okay or if everything was fine with him. If he ate, if he was hungry. These are things that I, as a mother, cannot just get over and I think that all mothers in the world will understand me.”

Previously, the family had accused the Australian government of holding him “prisoner” at the hotel, but the country’s authorities rejected those claims and said the player was free to leave Australia at any time.

Djokovic will now be hoping that won’t be until after he has secured another victory — on the court rather than in one.

UK to cut business energy prices by more than half