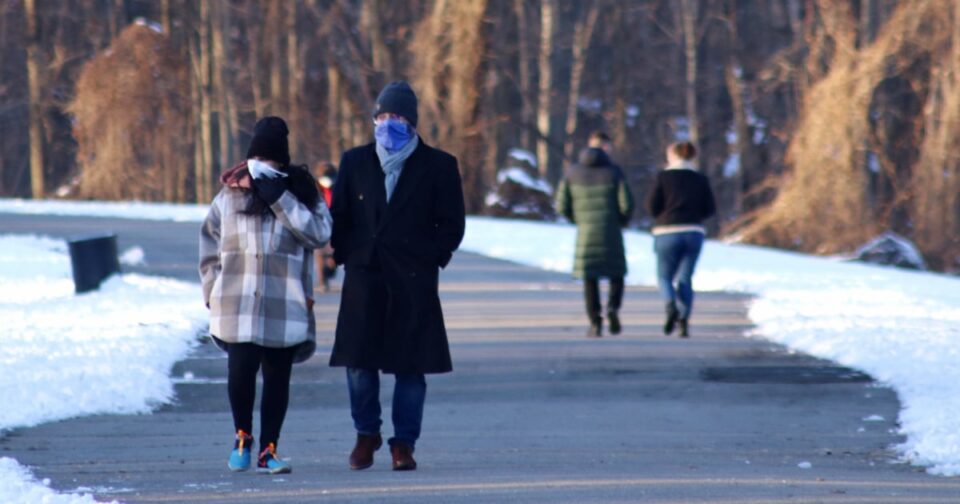 Monday started the workweek with 15 million people under wind chill alerts stretching from the northern Plains and Upper Midwest into the interior Northeast and New England.

As the bitterly cold air flows over the largely ice-free Great Lakes, the combination will lead to the potential for very heavy lake effect snow through Tuesday.

On Monday morning, 5 million people were under lake effect snow alerts across the Great Lakes. At sunrise, a “mega” lake effect snow band was stretching 250 miles from the shore of Lake Ontario (south of Watertown, New York) all the way into western Massachusetts.

The lake effect snow is expected to bring snow to places like Buffalo and Syracuse in New York and Cleveland.

The locations under the heaviest lake effect snow could receive up to 2 feet. Snowfall rates of 3 inches per hour and thundersnow will also be possible.