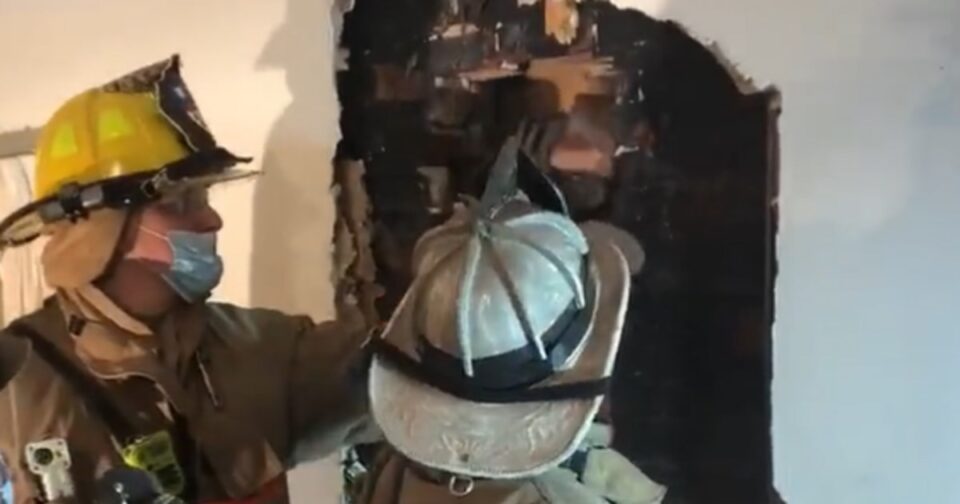 A man who attempted to break into a home Saturday through a chimney instead found himself stuck there before firefighters rescued him, authorities in Maryland said.

About two dozen firefighters helped free the unidentified man, who was “not a resident” of the house in Silver Spring, according to Pete Piringer, a spokesperson for the Montgomery County Fire and Rescue Service.

NBC Washington reported a resident of the home called police after hearing rustling that he thought was coming from the outside about 3:30 a.m. Officers responded, but found no signs of an attempted break-in.

An hour later, the resident said he heard moaning inside a wall of the home, so police returned and noticed the top of the chimney had been removed. That’s when the man was discovered trapped inside, according to the news station.

Crews methodically removed the wall and bricks from the chimney, Piringer said. A video he tweeted shows firefighters sticking their hands through a hole in the wall and removing bricks one at a time.

Firefighters arrived at the home shortly before 6 a.m., and helped free the man using floodlights, shovels and other equipment about 90 minutes later, Piringer said. He sustained minor injuries, according to WTOP News, a radio news outlet in Washington, D.C.

Montgomery County police spokesperson Shiera Goff told WTOP that the man was attempting to rob the home when he ended up lodged in the chimney, but offered no details on possible charges against him. NBC News’ efforts to reach the department were unsuccesful Monday.