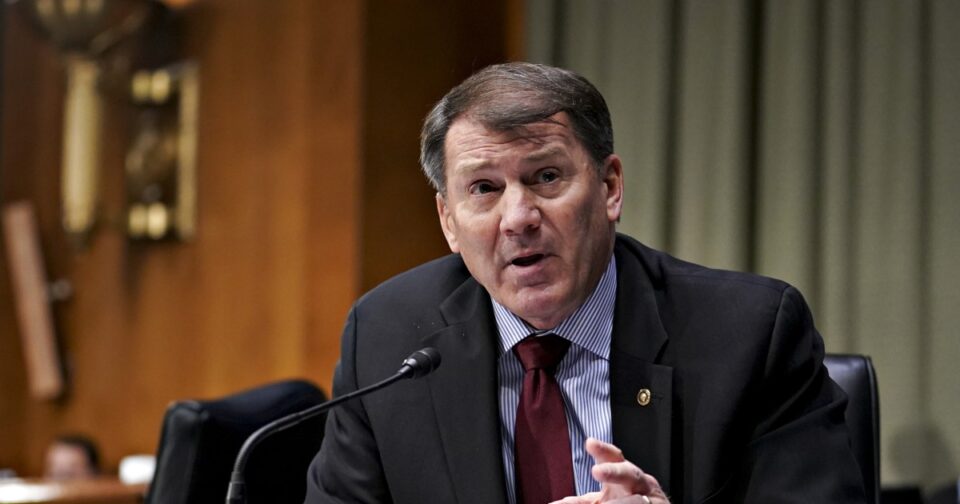 Sen. Mike Rounds, R-S.D., hit back at Donald Trump on Monday after the former president issued an insult-laden statement blasting the senator for not supporting his baseless claims of a stolen election.

The back and forth began when Rounds told ABC News in an interview Sunday that the 2020 presidential election was “as fair as we have seen.”

“As a part of our due diligence, we looked at over 60 different accusations made in multiple states. While there were some irregularities, there were none of the irregularities which would have risen to the point where they would have changed the vote outcome in a single state,” Rounds said on “This Week.”

Trump fired back in a statement where he repeatedly put quote marks around the word senator when referring to Rounds, and claimed the only reason Rounds had been re-elected in 2020 was because of his endorsement.

“Even though his election will not be coming up for 5 years, I will never endorse this jerk again,” Trump said.

Rounds won re-election with more than 65 percent of the vote in the deep-red state.

“Our focus should be on what lies ahead, not what’s in the past. Elections are about growing support for your party, not further dividing it. Attacking Republicans certainly isn’t going to result in a winning formula,” he added.

Rounds told NBC News a short time later that “as Republicans, we owe it to tell the truth. And I think integrity matters. And so, in my opinion, if we want to keep the confidence of our supporters and our voters, then we have to be honest with them. We have to be forthright and be straightforward.”

Sen. Mitt Romney, R-Utah, a frequent critic and target of the former president who voted for Trump’s impeachment after the Jan. 6 riot, praised Rounds on Twitter.

“Mike Rounds speaks truth knowing that our Republic depends upon it,” he tweeted. “Joe Biden won the election.”

Rep. Adam Kinzinger, the Illinois Republican who, like Rounds and Romney, Trump has repeatedly referred to as a “RINO” — Republican in name only — tweeted Trump’s statement and called him a “snowflake.”

“Let’s get you some milk and a blankie:(. Remember, you’re special and everybody knows it!” Kinzinger tweeted.

Sen. John Thune, South Dakota’s senior senator who is running for re-election this year and has also been a target of Trump’s ire, told reporters of his fellow Senate colleague, “Welcome to the club.”

Thune agreed with Rounds that Republicans need to move on from 2020. “I don’t think that re-litigating and rehashing the past is a winning strategy,” he said.