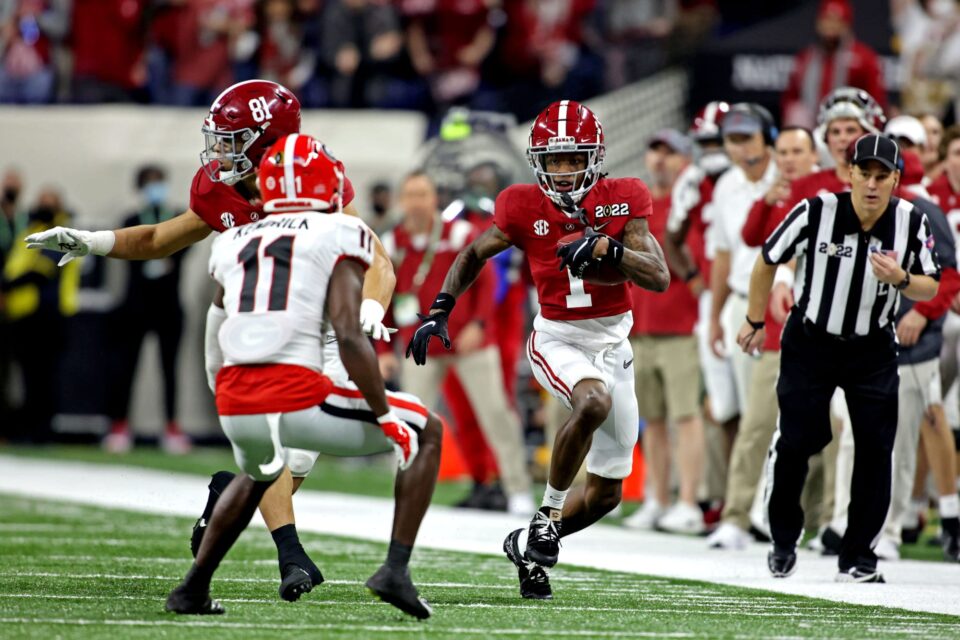 Alabama wide receiver Jameson Williams suffered an injury but still made it out to the sidelines to cheer on his teammates against Georgia.

Jameson Williams was one of the biggest reasons Alabama beat Georgia in the SEC Championship Game.

Unfortunately for the Crimson Tide, Williams suffered a knee injury early against the Bulldogs in the National Championship Game and was ruled out for the rest of the game.

That doesn’t mean he can’t still lend his help to his team. He just has to do it with his energy instead of his play.

Jameson Williams returned to the sidelines to cheer on AlabamaWilliams had four catches for 65 yards before he had to leave the game injured. He definitely contributed what he could while he could.

Teammates stepped up for Williams as well. Shortly after his injury, Cameron Latu ripped off a 61-yard gain to put the Crimson Tide in range for a field goal.

Coming into the title game, Williams led Alabama with 1,507 yards and 15 touchdowns on 75 receptions.