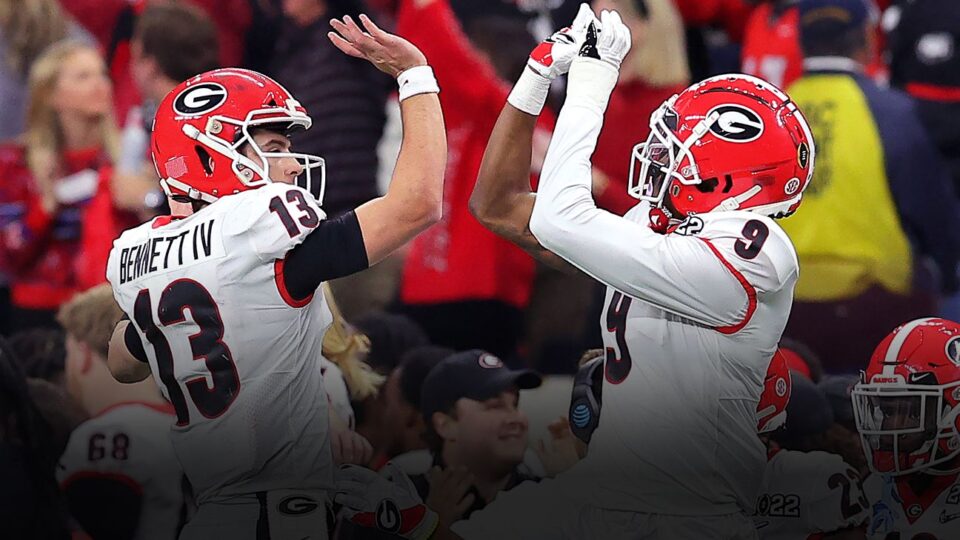 Tory Barron is a Bristol-based writer and editor for ESPN.com. After retiring from playing lacrosse at UConn, the DC native decided to try her hand at writing about people playing sports.The Georgia Bulldogs have done it. After 41 long years, the Dawgs sit atop the college football world once more, having defeated the Alabama Crimson Tide 33-18 in the College Football Playoff National Championship game.

While the victory is momentous no matter how you slice it, the fact it comes against Alabama is particularly sweet for Georgia fans. You need look no further than Kirby Smart’s record as head coach of the program to understand why. Since 2016, Smart’s Bulldogs have lost just nine games. Four of those have been against Nick Saban and the Tide — three times with hardware on the line.

With the win, Smart joined Jimbo Fisher as the only former Saban assistants to beat the legendary coach (Saban is 25-2 in such games).

After a slow first half that saw five combined field goals and zero touchdowns, the Dawgs turned up the scoring with 27 points in the second half. Zamir White converted the first touchdown of the game on a 1-yard run in the third quarter. It was after Alabama answered back in the fourth that Stetson Bennett connected with Adonai Mitchell on a 40-yard pass to reclaim the lead. From there, Bennett found Brock Bowers in the end zone, and a pick-six by Kelee Ringo sealed the game for Georgia.

Here’s what the sports world had to say about UGA’s long-awaited CFP National Championship win:

The 40 year curse is no more. Take it in Dawg Fans.
We did it. #GoDawgs

Hated to see my Tide lose..But I am happy for Coach Smart..!

Man that’s a bummer. Tough end to the season for the tide. Injuries ended up hurting! Congrats UGA @K_Kisner and everybody else as much as I hate to tweet it. Hell of a football team. I’m gonna miss college football for a bit #sadface

Not a bad year for Georgia sports 🤞🏾 @Braves ⚾️ @GeorgiaFootball 🏈