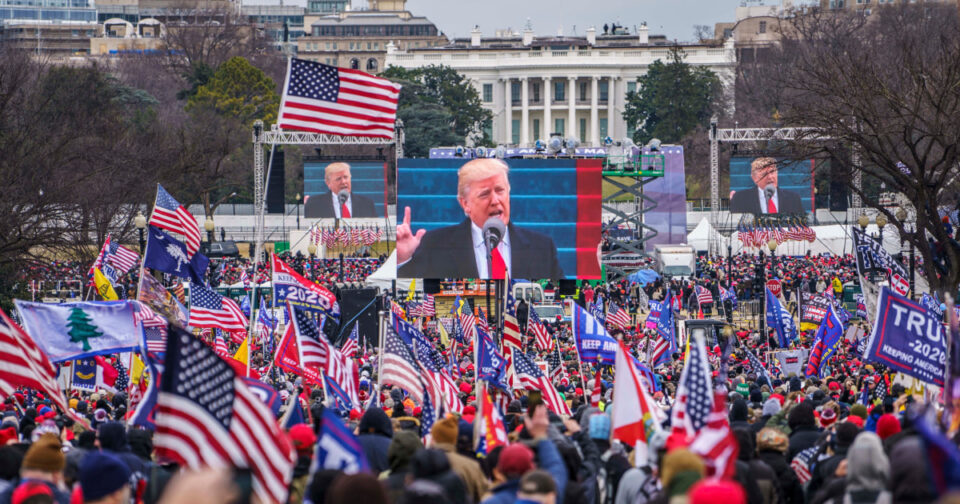 Former President Donald J. Trump has thus far evaded a full reckoning for his actions on Jan. 6, 2021. That may soon change. On Monday, U.S. District Judge Amit Mehta heard an oral argument on Trump’s motions to dismiss three lawsuits alleging that he engaged in a conspiracy to violently disrupt Congress’s certification of the 2020 presidential election on that day. Based on our experience litigating complex conspiracy cases, we think that Mehta should deny Trump’s motions to dismiss and allow these cases to proceed.

Sometimes it is hard to tell when a plaintiff has adequately alleged a conspiracy. This is not such a case.

Indeed, when we read Trump’s arguments, we experienced a kind of deja-vu. For the past four years, we have successfully represented nine brave men and women who were injured when white supremacists attacked Charlottesville in 2017. Like the suits against Trump, our case — Sines v. Kessler — alleges an illegal conspiracy under the Ku Klux Klan Act. And like the suits against Trump, our case was met with heated insistence from the defendants that there was no coordination and that they sought only to peacefully express their political views.

When the defendants in Charlottesville filed motions to dismiss our claim that they conspired, the judge rejected their arguments. For many of the same reasons, Trump’s arguments before Mehta should meet the same fate — a point that Mehta himself raised at oral argument, where he expressly invoked the Charlottesville case as supporting an inference that Trump engaged in a conspiracy.

Trump’s involvement in (and responsibility for) the Jan. 6 attack was evident in real time. On that basis, the House of Representatives approved an article of impeachment against him just one week after the attack. Following a thorough trial, 57 senators voted to convict — and many others made it clear that they considered Trump culpable. Even Senate Minority Leader Mitch McConnell, who voted to acquit, stated, “There’s no question, none, that President Trump is practically and morally responsible for provoking the events of the day.”

While ultimately the Senate didn’t have enough votes to convict Trump, several private civil lawsuits have been filed against Trump in federal court to fill that breach. The oral argument Monday afternoon concerned two suits filed by lawmakers and one filed by Capitol Police officers.

Trump insists that the plaintiffs’ allegations are not plausible enough to defeat his motions to dismiss. He contends that his “words and actions … show that he wanted nothing more than an effective, peaceful, and patriotic demonstration in support of election integrity.”

First, in both cases, the defendants spoke openly and notoriously about their illegal objectives. The white supremacists who attacked Charlottesville celebrated violence and described their “Unite the Right” rally in chillingly precise, violent terms.

By the same token, Trump provoked his followers to use violence. Months earlier, he told the Proud Boys — a violent extremist group — to “stand back and stand by.” He encouraged rioters to travel to Washington on Jan. 6 — tweeting that it “will be wild!” And he insisted that democracy would fall if his followers did not “fight like hell.” Like those who attacked Charlottesville, Trump described violence as a serious, on-the-table strategy.

And although Trump may try to paint his violent words as mere metaphor or hyperbole (a tactic unsuccessfully deployed by the Charlottesville defendants), Trump’s followers knew what he wanted: violence. Trump told the rioters “to walk down to the Capitol” so that they could “Take back our country.” When the violence ultimately unfolded at the Capitol on Jan. 6, Trump was reportedly “delighted” by the chaos he had unleashed. And the rioters confirmed that that they “Fight for Trump,” that “Trump sent us,” and that they were “listening to Trump.”

Second, in both cases, there was extensive communication with the actual perpetrators of the ensuing violence (or, put another way, the “foot soldiers” in the conspiracy), who understood themselves as following orders. As we proved at trial in Charlottesville, the organizers of the “Unite the Right” rally actively plotted together.

In the same vein, there is now mounting evidence that Trump and his surrogates were deeply entangled with those who attacked the Capitol. Trump strenuously denies any involvement with the insurrectionists. But the facts suggest otherwise. The insurrectionists openly discussed their illegal plans on websites closely monitored by Trump’s team, carefully heeded Trump’s call to “fight” and believed that they were following his orders when they attacked Congress. As one rioter stated, “Our president wants us here … we wait and take orders from our president.”

Third, in both cases, the defendants exercised real-time control over the violence that ensued. In Charlottesville, the defendants gave ordersto assemble, charge and retreat, and directed where and how their supporters should march and attack. That is compelling evidence of a conspiracy.

Trump, for his part, claims that he “did not have control over” the insurrectionists’ actions “and was not directing them.” But it was Trump who whipped up an armed, angry crowd into a frenzy and expressly aimed it at the Capitol. Then, while that mob ransacked the building, it responded in real time to his public statements urging violence — including at 2:24 p.m., when he tweeted an attack on Vice President Michael Pence and, as one rioter put it, the mob “went crazy.”

Fourth, the aftermath in both cases suggests that the defendants genuinely and enthusiastically approved of an illegal scheme. In Charlottesville, the white supremacist leaders did not express surprise or dismay, as one would expect if their actual goal were a peaceful protest. Instead, they proudly celebrated the death and destruction they had brought about.

Trump’s conduct was even more damning. He failed to deploy force or issue a swift call for order as the Capitol was being ransacked. Although Trump insists that he wanted the insurrectionists to “stay peaceful,” he ended the day with a tweet that unequivocally endorsed their violence: “These are the things and events that happen when a sacred landslide election victory is so unceremoniously & viciously stripped away … Go home with love & in peace. Remember this day forever!” This is the behavior of a man who owns, adopts and exults in the carnage of the day.

Finally, in both cases, there was a cover-up. The leaders of the attack in Charlottesville concealed their connections and destroyed evidence of their communications. Trump followed a similar script. Since Jan. 6, he and his allies have been engaged in an all-fronts, no-holds-barred effort to bury the truth.

Sometimes it is hard to tell when a plaintiff has adequately alleged a conspiracy. This is not such a case. The plaintiffs before Mehta have alleged facts that powerfully suggest Trump’s involvement in an illegal scheme. They should be entitled to move forward with their lawsuits, to gather even more relevant evidence and to prove their case at trial, just as we did this past November in Charlottesville.

Roberta A. Kaplan is the founding partner of Kaplan Hecker & Fink, which represents several clients, including E. Jean Carroll, Mary Trump, and others, in separate lawsuits against former President Donald Trump, and has represented clients who have been involved in cases defending the integrity of the 2020 election. She serves as co-lead counsel in Sines v. Kessler.

Joshua Matz is a partner at Kaplan Hecker & Fink, which represents several clients, including E. Jean Carroll, Mary Trump and others, in separate lawsuits against former President Donald Trump, and has represented clients who have been involved in cases defending the integrity of the 2020 election. He serves as counsel of record in Sines v. Kessler and served as impeachment counsel during the first and second impeachments of President Donald Trump.

Raymond P. Tolentino is a partner at Kaplan Hecker & Fink, which represents several clients, including E. Jean Carroll, Mary Trump and others, in separate lawsuits against former President Donald Trump, and has represented clients who have been involved in cases defending the integrity of the 2020 election. He serves as counsel of record in Sines v. Kessler.