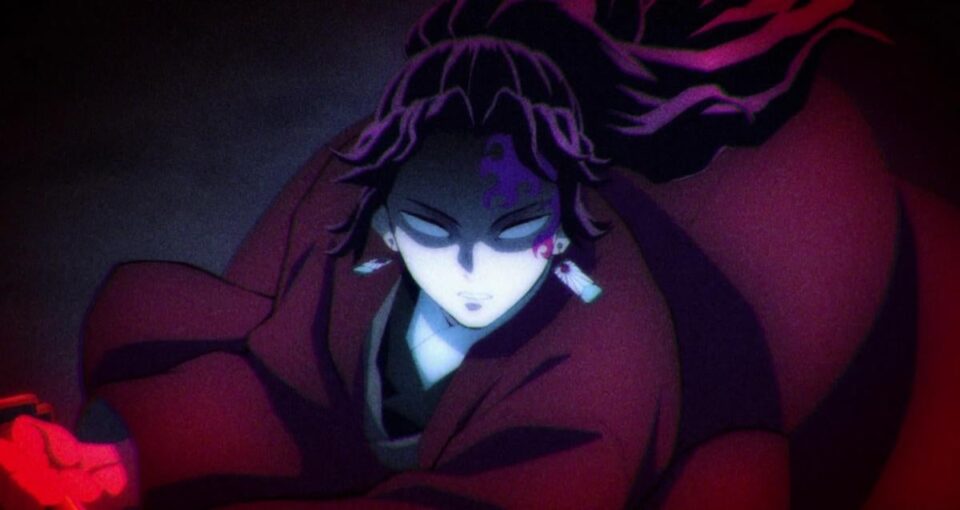 Demon Slayer: Kimetsu no Yaiba has raised a curious connection between Tanjiro Kamado and a mystery swordsman with a surprise flashback in the newest episode of the series! Ever since the second season officially began adapting the Entertainment District arc of Koyoharu Gotouge’s original manga series, fans have been clued in on some very important elements of the past. One major reveal was the addition of the strongest breathing style yet, Sun Breathing, as the anime alluded its connection to a red haired mystery swordsman. Now fans have gotten a better idea of who this swordsman was in quite the surprising way.

As Tanjiro continues to fight against the Upper Rank demonic threat Daki with the newest episode, he begins to keep up with her growing power by pushing his body beyond its physical limits. It’s a dangerous undertaking for the young demon slayer, but as he dives further and further into his rage Daki’s body reacts. As she’s suddenly flooded with memories that don’t belong to her, the series then makes an interesting connection between Tanjiro’s current self and the powerful swordsman from the past.

Episode 6 of Demon Slayer: Entertainment District Arc brings Daki to a new level of power as she begins to unleash her true form. Tanjiro pushes himself to a new level to keep up as he’s enraged at her level of violence against the people around. As he begins to chastise her for throwing away life so carelessly, Daki’s mind begins to flash between this look at Tanjiro and the mysterious swordsman from the past. The Muzan cells within her body react and show her these memories as Tanjiro and this swordsman share the same strong rage and words.

This connection goes far deeper as Tanjiro also got more clues about the supposed mark on his forehead that ties him to Sun Breathing’s power (which this swordsman also has), and while this new addition has yet to be named officially, it’s a crucial clue for even more lore to be revealed soon after. Not only that, but it sets up some curious ties to Muzan and Tanjiro’s potential for Sun Breathing as well.

But what do you think? Curious to see even more of Tanjiro’s connection with this mystery swordsman from the past? Wondering what it means for his use of Sun Breathing style? Let us know all of your thoughts about it in the comments! You can even reach out to me directly about all things animated and other cool stuff @Valdezology on Twitter!

Senate passes bill to honor Emmett Till and his mother