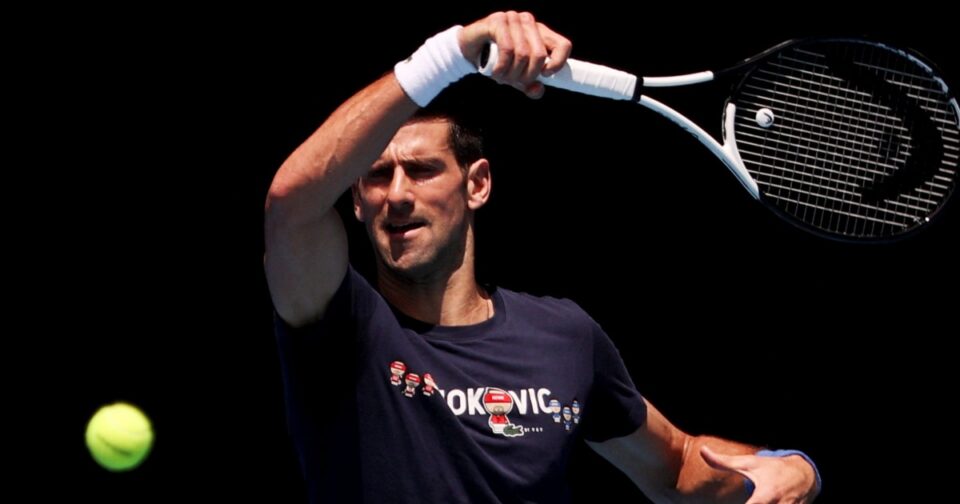 Novak Djokovic admitted Wednesday that he gave a false statement on his travel form to get into Australia and failed to immediately isolate after testing positive for Covid-19 last month.

The latest twists in the tennis star’s visa saga came as government officials continued to mull whether to deport him from the country before next week’s Australian Open.

Djokovic, 34, made the admissions in an Instagram post as he sought to address what he called “continuing misinformation” about his movements after he tested positive on Dec. 16, a result his lawyers said gave him grounds for a medical exemption to enter Australia and compete in the tournament despite being unvaccinated.

His exemption was rejected and visa revoked, with the Serbian star held in immigration detention before a judge ordered his release earlier this week. The furor has shaken the tennis world and added fuel to the global debate over Covid-19 vaccination mandates.

In his post, Djokovic said he attended a basketball game in Belgrade on Dec. 14 which spurred a number of positive Covid-19 tests. So despite having no symptoms, Djokovic said, he took a rapid antigen test on Dec. 16, which came back negative. But out of an “abundance of caution,” he also took a PCR test the same day.

Before it came back positive, he said he attended a tennis event in the Serbian capital to present awards to children the next day.

After getting his positive result on Dec. 17, Djokovic said he canceled all his commitments except for a long-standing interview and photo shoot with French sports newspaper L’Equipe.

“I felt obligated to go ahead … but did ensure I socially distanced and wore a mask except when my photograph was being taken,” the tennis star added. “While I went home after the interview to isolate for the required period, on reflection, this was an error of judgment.”

Djokovic also blamed “human error” by his support team for a mistake on his travel declaration form to get into Australia.

On the form, Djokovic said he had not traveled in the 14 days before his flight to Australia, despite being seen in Spain and Serbia in that two-week period.

The tennis star said the error was “certainly not deliberate.”

“My agent sincerely apologizes for the administrative mistake in ticking the incorrect box,” he added in his post.

Djokovic sought to clarify his actions after a slew of media reports scrutinizing his travel documents and movements before getting into Australia.

The saga has left many Australians outraged, with the omicron variant driving a fresh wave of cases in the country after months of severe limits on the public’s movement and travel restrictions that kept many families apart.

The world No. 1 held another practice session in Melbourne on Wednesday, but it’s still not clear if he will be able to remain in the country to play in next week’s Australian Open. The draw for the tournament is set to take place on Thursday.

Australian Immigration Minister Alex Hawke still has the power to, once again, cancel Djokovic’s visa and deport him. His office confirmed to NBC News Tuesday that the minister is “considering” the move under a section of the country’s Migration Act.

The Australian Border Force declined to comment on whether it was investigating Djokovic’s travel declaration discrepancies and movements before his arrival in the country, but added that providing false or misleading information or documentation can lead to visa cancellation.

The tennis star said his team provided additional information to the Australian government on Wednesday “to clarify this matter.”

NBC News has reached out to Djokovic’s representatives for comment.

Senate passes bill to honor Emmett Till and his mother

Learn to Enjoy Your Business at SmallBizFluence “Find Your Freedom” Event