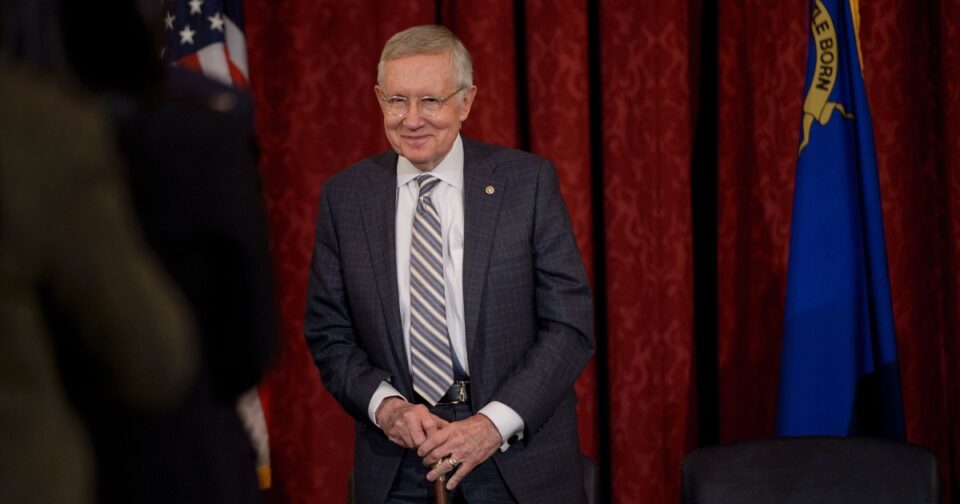 WASHINGTON — Members of Congress plan to honor the life of the late Senate Majority Leader Harry Reid at a ceremony Wednesday as he lies in state in the Capitol Rotunda.

Vice President Kamala Harris and her husband, Doug Emhoff, are scheduled to attend the ceremony. Harris, who previously represented California in the Senate, was sworn in just as Reid was retiring from Congress, so she did not serve with the Nevada Democrat.

The event comes after President Joe Biden and former President Barack Obama commemorated Reid at his memorial service over the weekend in Las Vegas.

Reid, 82, who battled pancreatic cancer, died in late December at his home in Henderson, Nevada.

“Let there be no doubt. Harry Reid will be considered one of the greatest Senate majority leaders in history,” Biden said Saturday at Reid’s memorial service, as leaders pointed to his work on Obamacare and Wall Street reform following the 2008 recession.

Obama said that when Reid helped pass the Affordable Care Act through Congress, “he didn’t do it to burnish his own legacy.”

“He did it for the people back home and families like his, who needed somebody looking out for them, when nobody else did. Harry got things done,” Obama said.

Reid, who was first elected to the House in 1982, served in Congress longer than anyone else in Nevada history. He retired from the Senate in 2016.