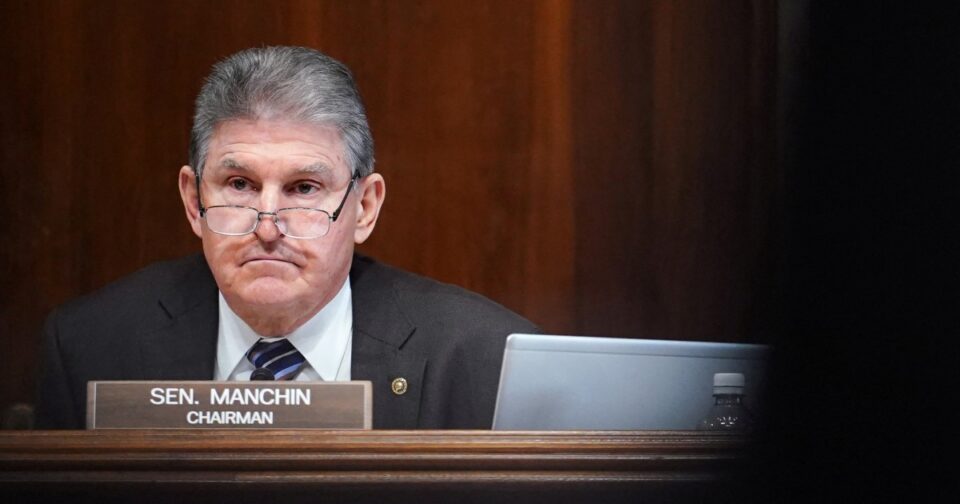 But first: This has become the winter of Democrats’ discontent.

President Biden’s “Build Back Better” agenda has stalled. Senate Republicans are poised to filibuster Democrats’ voting-rights legislation. The left is fed up with Sens. Joe Manchin, D-W.V., and Kyrsten Sinema, D-Ariz. Some Black activists are upset with Biden. And Sen. Bernie Sanders, I-Vt., says voters are getting demoralized.

At the root of many of these frustrations are complaints about process. Why won’t Manchin/Sinema scrap the filibuster? Why does Manchin have such leverage over the “Build Back Better” talks? Why are Democrats beholden to the Senate parliamentarian?

But Democrats have gotten so caught up on process — regarding the filibuster and reconciliation — that they’ve made the debates about Democrats vs. Democrats.

Rather than Democrats vs. Republicans.

And rather than putting pressure on Republicans for opposing the legislation.

Data Download: The number of the day is … 10 million

That’s how many Covid tests the Biden administration is promising schools each month as governments struggle to keep children in schools amid the omicron surge.

The new wave is disrupting in-person learning at every level – major school systems like Chicago and Clark County, Nev., have both had high-profile struggles keeping schools open, and schools are battling widespread absences by both students and staff.

Other numbers you need to know today:

241,000: The approximate, estimated number of lives saved by Covid vaccinations in the first half of 2021, according to a new analysis that also found vaccines prevented more than 1.1 million hospitalizations.

73.3 percent: The portion of the American population at least 18-years-old who has been fully vaccinated for Covid, per the CDC.

39.8 percent: The portion of that same population who has received a booster shot.

258: The number of pages in the court decision that upheld North Carolina’s congressional map (pending appeal), in a victory for Republicans.

5: The number of Guantanamo Bay inmates who were just approved for release by the U.S. government. They will remain at the prison until America can find a country to accept their transfer.

The Club also made its first ad buy in Alabama, where the group has endorsed GOP Rep. Mo Brooks. The spot ties Katie Britt, retiring GOP Sen. Richard Shelby’s former chief of staff, to Wyoming GOP Rep. Liz Cheney, who appears to be the latest boogeyman being used by the pro-Trump GOP to attack perceived moderates.

The anti-Biden rallying cry “Let’s go Brandon” has hit the airwaves. Energy executive Jim Lamon, who is competing in the GOP primary to take on Arizona Democratic Sen. Mark Kelly, ended his latest TV ad with the phrase.

Florida GOP Gov. Ron DeSantis’ campaign and PAC raised more than $4.4 million in December and had nearly $72 million on hand, per Politico. The top Democratic fundraiser in the primary to take on DeSantis was Rep. Charlie Crist, who raised $671,000 last month.

North Carolina Democrat Cheri Beasley, the former chief justice of the state Supreme Court, raised $2.1 million in the last quarter of 2021, ending the year with $2.8 million on hand in her campaign for the state’s open Senate seat.

The Jan. 6 committee is dismissing a conspiracy theory about federal involvement in the attack after new interviews.

Politico reports that likely Pennsylvania Senate hopeful David McCormick is trying to “MAGA-proof” his campaign to blunt expected attacks on his support for the former president.

Chuck Todd is moderator of “Meet The Press” and NBC News’ political director.

Bridget Bowman is a deputy editor for NBC’s Political Unit.