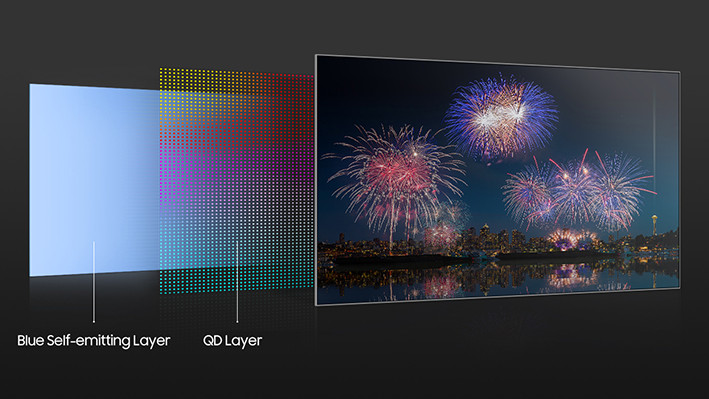 Samsung Display is distributing its new flagship QD-OLED panels to other TV manufacturers, the company announced on Tuesday, and has been producing them since November of last year.

“As Samsung Display continues to mass produce the QD-Display, it’s working with a number of customers around the world to bring the display to market with innovative products launching in 2022 and beyond,” the company wrote in a recent news release on its website.

That’s particularly interesting because Samsung Electronics, the consumer-facing side of the business, didn’t announce a QD-OLED TV of its own at CES 2022.

Korean broadcaster MTN reported last year that Samsung planned to buy a substantial number of OLED panels from LG Display — and now it looks like we know why.

That said, without a QD-OLED of its own on store shelves, the only publicly available QD-OLED announced so far is the new Sony A95K QD-OLED, announced at CES 2022. Pricing and availability isn’t official for that TV, but Sony did tell TechRadar in a briefing that the TV would offer 200% color saturation versus traditional LED-LCD TVs.

Analysis: Better TVs are coming – we just don’t know from who yet…

While OLED TVs have been delivering phenomenal contrast levels for years, they’ve always struggled to produce the best color saturation as their use of a white sub-pixel and lack of light output hampers the ability to get the deepest range of color.

QD-OLED removes the white sub-pixel entirely and combines a blue self-emitting layer with a Quantum Dot layer to create more saturated colors. The deeper saturation allows the TVs to have better off-axis viewing angles than LED-LCD and higher luminance than basic OLED screens.

That’s all well and good, but without any formal announcement on who, exactly, is going to make and distribute these TVs outside of Sony, it all feels a bit theoretical at this point.

Nick Pino is the Senior Editor of Home Entertainment at TechRadar and covers TVs, headphones, speakers, video games, VR and streaming devices. He’s written for TechRadar, GamesRadar, Official Xbox Magazine, PC Gamer and other outlets over the last decade, and he has a degree in computer science he’s not using if anyone wants it.

Sage jumpstarted today’s technology and built IBM into a powerhouse