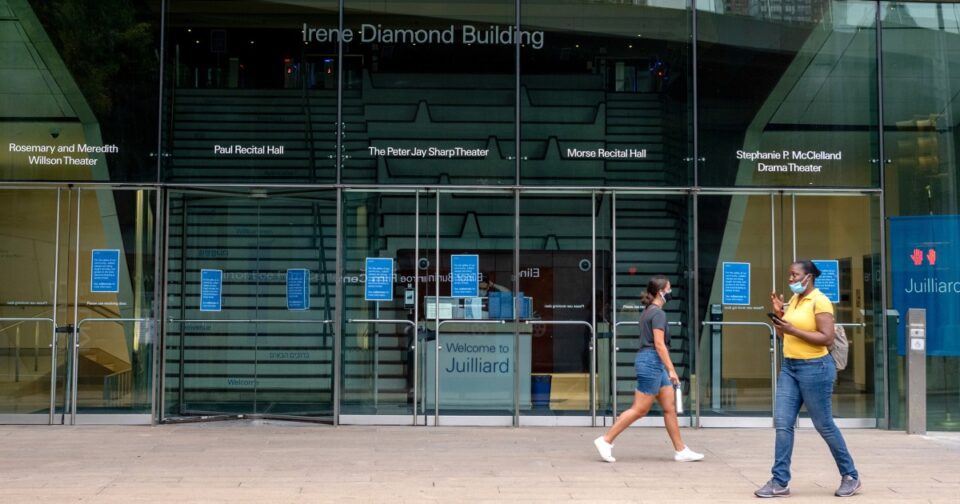 When aspiring actor Axel Webber bombed his audition for The Juilliard School’s acting program, he kept TikTok updated in a charming series of videos.

“Remember I said the only thing I can’t do is an accent?” Webber, 22, said in a video posted Sunday. The video now has 4.1 million views.

“I did an accent. I couldn’t help it,” Webber said, giggling. “It just sounds better when it sounds like he came straight out of an HBO show. … The guy gave me absolutely no reaction. He just stared.”

And when he shared been that he hadn’t accepted into the acclaimed New York City program, his TikTok fans seemed to take it harder than he did. They’ve been flooding the school’s Instagram comments, urging the iconic institution to accept him.

Webber, who moved to New York City last year because it’s home to “10 of the best acting schools in the country,” garnered 2.5 million followers for his videos about living on a “minuscule budget.”

Webber has been posting about his Juilliard audition since last month. In recent weeks, he told his followers how excited he was about the audition and recited the assigned Shakespeare scene in his videos. He joked about how he couldn’t resist reciting his lines in an accent, and in a video he recorded “roughly three minutes” before the audition, he recited the scene in a vague interpretation of a British accent.

The nerves got to him, however, and he immediately updated his TikTok followers about his botched accented audition.

“We gave it our best shot, which is the only thing we can do,” Webber said. “Now, we’re going to have to find a different way to be an actor. We can do it.”

TikTok viewers responded with an outpouring of support. Even singer and producer Charlie Puth posted a video reassuring Webber —as well as “anyone that has experienced rejection” — that attending a prestigious school wasn’t the only way to find success as an artist.

Puth said that he didn’t get into Juilliard and that he was rejected from five of the “prestigious” schools he hoped to attend. Puth attended Berklee College of Music but said going to a prestigious art school didn’t define his career.

“We experience rejection every day of our lives,” Puth said. “And as hard as it is to swallow in the moment, it’s the thing that pushes you further creatively.”

Another TikTok user described Juilliard as the “most hated person on TikTok” for the month.

Webber’s TikTok fans bombarded Juilliard’s social media accounts with comments like “Let Axel In.” The most recent post on the school’s Instagram page has more than 2,000 likes and 15,900 comments — most of which urge the school to reconsider Webber’s application.

“They rejected a man for his silly little English accent, absolutely disgusted,” a Yelp review said. “Justice for Axel.”

The Juilliard School didn’t immediately respond to a request for comment.

Some creators urged Webber’s fans to pull back, saying the weaponized support could hurt his reputation with other acting programs.

In a video he posted Tuesday, Webber thanked his followers for their support but urged them to stop harassing Juilliard’s social media accounts.

“We cannot bash Juilliard, though,” Webber said, laughing. “Thank you for your support. … Let’s keep it positive. Let’s try not to totally ruin their Instagram comments. The poor social media manager over at Juilliard: I apologize!”

Missiles for Poland May Disrupt NATO’s Stance on Ukraine War