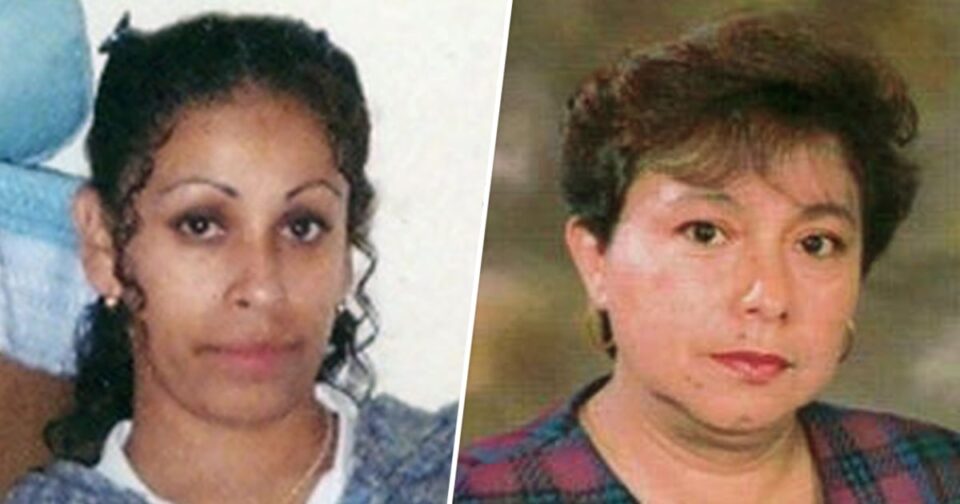 A man accused of strangling two Utah women, one of whom who was six months pregnant, exactly two years apart was extradited to the U.S. from Mexico last week, authorities said.

The man, Juan Antonio Arreola-Murillo, 41, was booked into the Salt Lake County Jail on charges of aggravated murder, aggravated robbery and aggravated burglary, the local district attorney’s office said in a statement Monday.

Arreola-Murillo was being held at the Salt Lake County Jail on Wednesday It wasn’t clear whether he has a lawyer.

Sonia Mejia was killed Feb. 9, 2006. In a probable cause statement filed in Salt Lake County’s Third District Court, a neighbor described seeing a man grab Mejia by the throat and hit her head in the doorway of her apartment in Taylorsville, south of Salt Lake City.

Mejia, who was six months pregnant, fell to the floor, and the man entered the apartment, the statement says.

Mejia’s husband found her about six hours later. Her keys, her car, two rings and a pendant had vanished, the statement says.

An autopsy determined that Mejia had been strangled. The fetus did not survive.

Fingerprints obtained from a Cheetos bag and a Coke bottle left at the home returned an unidentified DNA profile, the statement says.

Arreola-Murillo is accused of murdering a second woman on Feb. 9, 2008, at a home a few blocks from Mejia’s, in West Valley City, the statement says.

Police found an overturned table and the contents of Damiana Castillo’s wallet on the couch in her apartment. Her body was just inside the front door.

An autopsy found that Castillo had also been strangled.

A fingerprint from Castillo’s wallet matched the prints obtained from Mejia’s home, and the district attorney’s office charged the person — identified in court documents as “John Doe” — with aggravated murder in 2010, NBC affiliate KSL of Salt Lake City reported.

Six years later, a fingerprint database revealed that the prints belonged to Arreola-Murillo, who had since been deported to Mexico, the statement says.

The district attorney’s office did not say where in Mexico Arreola-Murillo was or how it found him. A spokeswoman for the West Valley Police Department, which was involved in Castillo’s case, attributed the arrest in a statement to the “‘never-give-up’ attitude” of investigators.

“Since 2008, multiple detectives have kept trying, kept testing and kept searching for answers in this case. It paid off and we are grateful. We hope that seeing the person responsible for this crime held accountable will bring at least some small measure of peace to Ms. Castillo’s family,” said the spokeswoman, Roxeanne Vainuku, according to KSL.