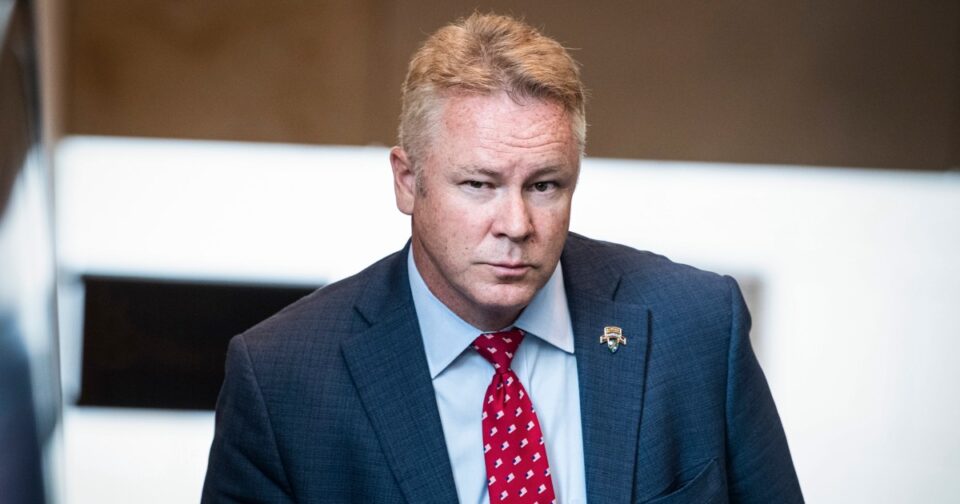 WASHINGTON — Rep. Warren Davidson, R-Ohio, on Wednesday compared Covid vaccine mandates to the Holocaust, a statement that was met with swift backlash from Jewish groups.

Davidson made the comparison by retweeting a post from Washington, D.C., Mayor Muriel Bowser about a new vaccine policy and sharing the photo of a health pass that people were required to carry under the Nazi regime.

Bowser’s tweet was a reminder that starting Saturday, people over the age of 12 will need to present proof of at least one Covid vaccine dose in order to enter indoor food and drink establishments in D.C. such as restaurants, nightclubs, taverns, coffee shops and food halls.

Davidson, who was elected in 2016 to his seat previously held by former House Speaker John Boehner, wrote of the Nazi document, “This has been done before. #DoNotComply.”

“Let’s recall that the Nazis dehumanized Jewish people before segregating them, segregated them before imprisoning them, imprisoned them before enslaving them, and enslaved them before massacring them,” Davidson tweeted.

The congressman’s comments were criticized by Jewish groups, who accused him of “exploiting” the Holocaust.

“Exploiting of the tragedy of all people who between 1933-45 suffered, were humiliated, tortured & murdered by the totalitarian regime of Nazi Germany in a debate about vaccines & covid limitations in the time of global pandemic is a sad symptom of moral and intellectual decay,” the Auschwitz Memorial tweeted.

“It’s never appropriate to compare requirements for public health with the tactics of Nazi Germany,” the Anti-Defamation League tweeted. “As we’ve said too many times to count, minimizing the Holocaust in this way is deeply offensive and harmful.”

The United States Holocaust Memorial Museum added on Twitter that “comparing the Holocaust to pandemic precautions is inaccurate and offensive.”

Davidson is among several Republican elected officials who have publicly compared Covid mandates to the Holocaust. His colleague, Rep. Marjorie Taylor Greene, R-Ga., has made a number of similar comments, including comparing mask-wearing to the yellow stars of David that the Nazis forced Jews to wear. Greene later apologized for the remarks following a visit to the United States Holocaust Memorial Museum. Just a few weeks later, she referred to Nazi-era “brown shirts” in opposing vaccination push.

In August, the chairman of Oklahoma’s Republican Party compared private companies requiring employees to get the Covid vaccine to Nazis forcing Jews to wear the yellow stars.

Omicron is creating a ‘crisis, red-tier situation’ in health care