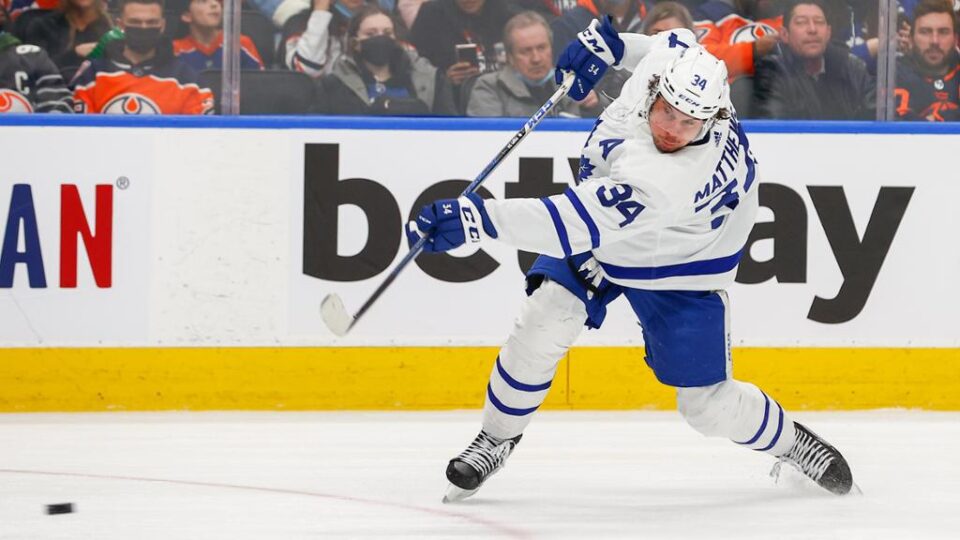 Welcome to the NHL On Tap. Three NHL.com writers will share what they are most looking forward to on the schedule each day. Today, their choices from the three games Wednesday.

Matthews seeks to break record in home stateAuston Matthews will try to break a Toronto Maple Leafs record for most consecutive goals scored on the road when he returns to his home state to face the Arizona Coyotes (10 p.m. ET; TNT, TVAS, TSN4). Matthews, who grew up in Scottsdale, has scored goals in eight straight road games, tied with Daniel Marois (1989-90), Frank Mahovlich (1960-61) and Babe Dye (1920-21) for the longest run in Maple Leafs history. He has four points (three goals, one assist) in eight games against the Coyotes since entering the NHL in 2016-17. Toronto (23-8-3) is 6-2-2 in its past 10 games. Arizona (7-23-3) is looking to rebound from a 4-2 loss to the Nashville Predators on Saturday. Right wing Clayton Keller has scored five goals in his past five games. — William Douglas, staff writer

Canadiens return to action after pauseThe Montreal Canadiens will play their first game since Jan. 1 when they visit the Boston Bruins at TD Garden (7 p.m. ET; TNT, SN, RDS, NHL LIVE). They had five games postponed because of attendance restrictions in certain Canada-based cities and this one was scheduled to be played in Montreal until it was moved to Boston. The Canadiens (7-23-4) have lost three straight and 10 of 11 (1-8-2) and are last in the NHL in goals per game (2.12). The Bruins (19-11-2) have won five of six and are coming off impressive wins at the Washington Capitals on Monday (7-3) and the Tampa Bay Lightning last Saturday (5-2). Boston forwards David Pastrnak and Brad Marchand will look to become the first set of teammates in NHL history to simultaneously score multiple goals in three straight games. — David Satriano, staff writer

Montreal is an NHL-worst 2-13-3 away from home this season. The Bruins have won each of their past four games against the Canadiens since Nov. 26, 2019. They will attempt to win five straight for the fifth time in the NHL Expansion Era (1967-68).

Seattle has been outscored 27-15 during its six-game slide. Dallas forward Jamie Benn will play his 899th NHL game. He’s one from becoming the third player in Stars/Minnesota North Stars history to play 900, with 740 points that rank third.