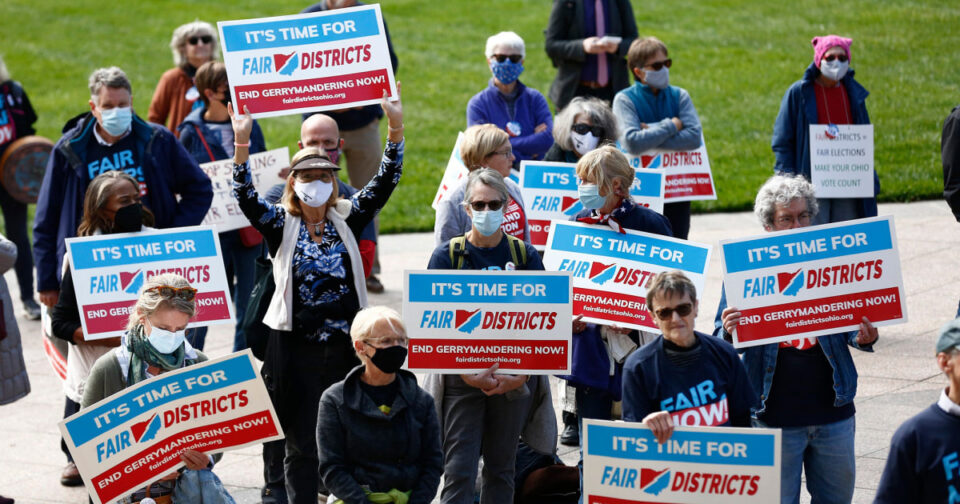 COLUMBUS, Ohio — The Ohio Supreme Court declared invalid on Wednesday newly drawn maps that had retained Republican supermajorities in both chambers of the state Legislature, giving a state redistricting panel 10 days to fix them.

The two-paragraph order, issued by Republican Chief Justice Maureen O’Connor, was a victory for voting rights advocates and Democrats who had challenged the lines as unconstitutionally gerrymandered.

The court sent the maps back to the Ohio Redistricting Commission to take another crack at complying with provisions of a 2015 state constitutional amendment requiring an attempt at avoiding partisan favoritism. Justices also retained jurisdiction over whatever maps the panel comes up with.

The maps of the Ohio House and Ohio Senate strongly favored the Republican party, although Ohio’s political mix is 54% Republican, 46% Democratic.

O’Connor, who is 70, must leave the court at year’s end due to age limits. She was considered a pivotal voice on a court with three other Republicans and three Democrats.

Republicans who controlled the map-drawing process had argued the commission met its constitutional mandates by complying with a host of other protocols that made the partisan favoritism and proportionality provisions moot.

The decision impacts all three lawsuits against the maps brought on behalf of Ohio voters by a host of national groups, including the National Democratic Redistricting Committee, the ACLU, the League of Women Voters, CAIR-Ohio, the Ohio Organizing Collaborative as well as the A. Philip Randolph Institute.

Legal arguments in the case centered on whether it was OK for a powerful new redistricting commission, comprised of four lawmakers and three statewide officials, to disregard constitutional language passed overwhelmingly by Ohio voters about avoiding partisan favoritism in maps for 99 Ohio House and 33 Ohio Senate districts.

Republicans argued those sections were not triggered as long as the commission abided by other requirements laid out in the Constitution, such as those requiring districts to be compact, contiguous and of similar population.