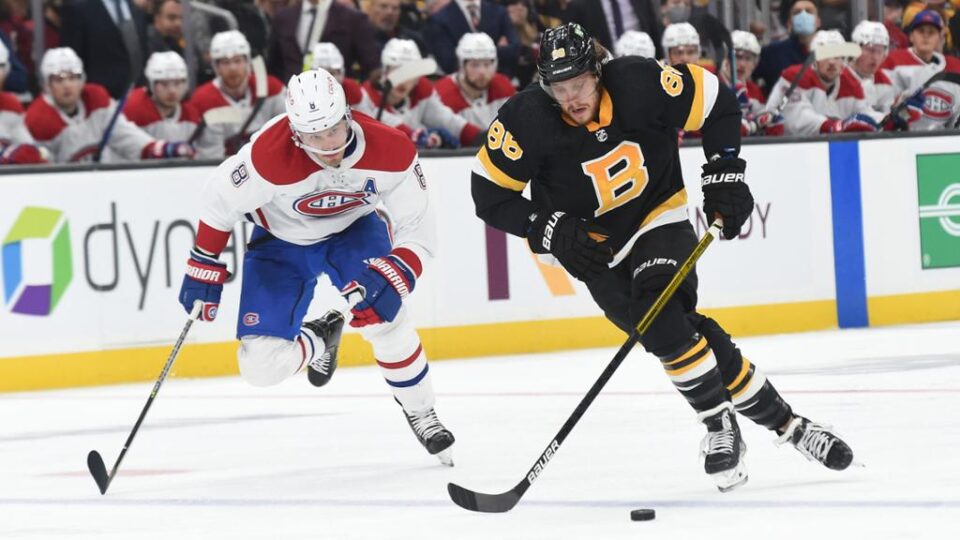 NHL Network and ESPN analyst Kevin Weekes will offer his pluses and minuses for big games each week throughout the season.

Here is my breakdown of the games.

CanadiensPluses: Because of their struggles, they’ve been able to have younger players get more ice time. Nick Suzuki leads their forwards in ice time per game (20:08) and points (19); defenseman Alexander Romanov is averaging 18:48 per game; forward Ryan Poehling has been solid in 20 games; and goalie Cayden Primeau has a .904 save percentage in three starts.

Minuses: After making the Stanley Cup Final last season, not much has gone right for the Canadiens. Being without goalie Carey Price and defenseman Shea Weber this season definitely hasn’t helped. And they’ve had a lot of injuries and COVID-19 issues, which hasn’t allowed them to settle into a groove after a 3-10-1 start to the season.

BruinsPluses: I thought all along that goalies Jeremy Swayman and Linus Ullmark had played well this season. Now with Tuukka Rask signed and returning, what do the Bruins do in net? It’s a good problem to have. You also know what you’re getting out of the top forwards Brad Marchand, Patrice Bergeron and David Pastrnak every night. And Charlie McAvoy has been a force defensively and offensively this season.

Minuses: With David Krejci signing in the Czech Republic this offseason, the Bruins still haven’t found a suitable replacement for their second-line center spot. Charlie Coyle and Craig Smith have gotten chances there but the Bruins will need more production there if they want to be a Stanley Cup contender.

Maple LeafsPluses: Jack Campbell has been a top five goalie in the League this year. Auston Matthews’ wrist has healed and his production has gone up. He’s up to 23 goals in 31 games this season. William Nylander, I think, has been the most consistent of their forwards. And Ilya Mikheyev and Alexander Kerfoot have provided them with solid forward depth.

Minuses: They’ve played 15 road games this season, among the fewest in the NHL and while they are 9-4-2, they did blow two three-goal leads in a 5-4 overtime loss to the Colorado Avalanche on Saturday before defeating the Vegas Golden Knights 4-3 in a shootout Tuesday.

CoyotesPluses: Clayton Keller and Shayne Gostisbehere have been good. Gostisbehere has rediscovered his form after being traded from the Philadelphia Flyers. Lawson Crouse is among the younger players stepping up. First-year coach Andre Tourigny has gotten a lot out of the Coyotes even if the results haven’t been there.

Minuses: Defenseman Jakub Chychrun has been injured, which is a big loss for the Coyotes. He’s one of their leaders. And forwards Jay Beagle and Barrett Hayton are also out long term with injuries. It’s been a tough adjustment since they began the season with around a dozen new players after trading both goalies and their captain from last season.

8 Things to Try If Your Business Growth Has Stagnated