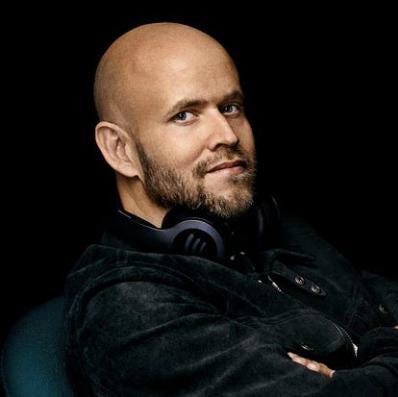 The reporter gig has its perks. We get a front-row seat to the most influential people on our beats, sometimes the most influential on the planet. We get paid to learn—and share the best lessons with you. Interviewing business leaders in 2021 has given us incredible access to America’s top bosses as they navigated a complex, volatile and remarkable year.

Below, five tips from creative and influential leaders. Whether in times of crisis or recovery, these are practical lessons for launching—and growing—any company in 2022 and beyond.

When Covid shut down the world in March 2020, Americans found themselves all dressed up with nowhere to go. Jennifer Hyman, the cofounder and CEO of fashion giant Rent The Runway, saw her business freeze as customers fled. Her special-event division, which rented dresses for big bashes and galas, ground to a halt. Subscribers, most of whom used the service to dress for work (and who now made up some 75% of Rent the Runway’s business), canceled or paused their accounts in droves. By May, just 30% were still active.

It was brutal, but Hyman used the unexpected pause to make the improvements that would have been impossible when Rent The Runway was moving at full speed. “We weren’t going to let 2020 go to waste. The pandemic was terrible, but also a time for creation and creativity,” Hyman told Forbes in June. “Looking at things through a positive lens, we would have never had the opportunity to make the kind of process changes in our operation in a period of continued rocket ship growth.”

Her rocket ship temporarily grounded, Hyman revamped Rent The Runway’s pricing model and updated and further automated her existing fulfillment centers in New Jersey and Texas. She invested in AI, radio ID tags and robots to more efficiently sort, clean and ship her wares. Thanks to the upgrades, Rent the Runway avoided opening an expensive third distribution hub while setting up the company for future growth.

To build his music superstreamer, Spotify CEO Daniel Ek had to design sleek technology that offered listeners a better experience than piracy. And he had to convince both musicians and record companies that the future of music was not in ownership but streaming songs over the Web.

He pulled it off. In the process, he has created a fortune for himself and early backers and revived the once free-falling music industry.

Equally impressive, Spotify has kept its music lead even as a trio of trillion-dollar titans—Apple, Alphabet and Amazon—launched competitive services. How? Spotify maniacally focuses on digital audio. “We are very good at saying no to lots of things,” Ek told Forbes in October. “Everything we do, we look at our mission and we say, ‘Does this help advance it?’ If the answer is yes, we’ll take a look at it. We have a unique view on what needs to be done.”

Ek says that because Spotify solely concentrates on music and sound, it has helped him recruit the industry’s top talent. “The best people in audio come to Spotify because we’re the best at it. Over at Apple, music is priority No. 27,” Ek says. “If you want to build a self-driving car, don’t come to us.”

User Trends Are Your Friends

When Anjali Sud joined digital video service Vimeo as its director of marketing, the company was betting it could build a subscription service to rival Netflix, Amazon Prime and HBO. But Sud noticed that small business owners were also using the service to upload videos to their websites and email ads.

“It was everything from mom-and-pops to tech startups to the marketing department of large corporations,” Sud told Forbes in April. “They were so diverse, it had to be a trend.”

She had a hunch that Vimeo’s future was not in Hollywood hits but Silicon Valley plumbing. Her plan: Shift its focus from entertainment to entrepreneurs. “There was another, much bigger market—businesses,” Sud said. “What Squarespace and GoDaddy did for websites, we could do with video.”

IAC, then the owner of Vimeo, gave Sud a small team to build the service. It took off—so much so that Sud became Vimeo CEO in 2017. She’s since transformed Vimeo from a dusty Web relic into the showstopper of IAC’s tech portfolio. In May, Vimeo spun out from IAC, making Sud one of the few female CEOs of a publicly traded tech firm. “As a woman, a mother and a tech CEO, I’m unique in the software world,” Sud said this spring. “I’m excited to bring my perspective and style to the industry. It’s going to be fun.”

While launching their then couch-surfing app, the founders of Airbnb were unsure whether to focus on increasing customers or home listings. So Nate Blecharczyk, the computer science expert of the founding trio, researched data on Airbnb’s early top markets—New York, San Francisco, L.A.—looking for patterns and correlations.

He hit upon two crucial insights. First, home listings drove demand. Second, once a city had more than 300 listings, it reached a tipping point, and the market would grow on its own. “By looking at the data very carefully, we refocused the problem. Blecharczyk told Forbes in December. “We simplified the goal from growing the company across the country to just getting 300 properties in the most important tourist cities.”

Giants dominate the world of retail. Amazon, Walmart and Target are among the largest and most valuable companies. But Josh Silverman, the CEO of handmade and vintage marketplace Etsy, saw a gap in the market. As Covid turned everyone’s home into offices, classrooms and playgrounds, Silverman bet folks wanted to be surrounded by more unique, artisanal goods. “Our mission is to keep commerce human,” Silverman told Forbes in October.

His plan: Let Amazon, Walmart and Target battle to deliver mass-produced items as cheaply and quickly as possible—Etsy will harness tech to provide unique, artisanal goods. Silverman has empowered an eclectic (and mostly female) community of crafters with the same cutting-edge AI, data science and marketing tools that the retail giants use. By doing so, Etsy’s 2020 sales shot up 111%, to $1.7 billion, by selling the one-of-a-kind furniture, art and toys that quarantined customers craved. At the same time, Etsy has provided millions of moonlighters with crucial income—and purpose—in a time of unprecedented layoffs, lockdowns and dislocations. Etsy’s stock is up 275% from its 2020 pandemic lows.

Biden to Provide 10 Million More Tests Per Month to Schools