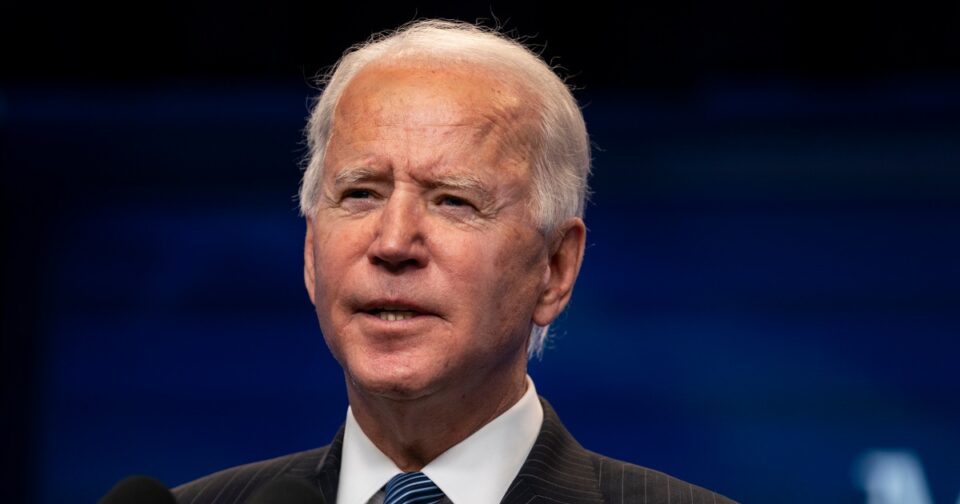 WASHINGTON — President Joe Biden plans to sign executive actions on police reform as early as this month, three people familiar with the plans said, as his administration seeks to unilaterally jump-start an issue that is a top priority for a key constituency.

The executive actions would follow Biden’s uphill battle to advance voting rights legislation, and they could coincide with a similar effort by some Democratic lawmakers to revive the George Floyd Justice in Policing Act, which stalled on Capitol Hill after attempts to craft a bipartisan measure failed.

The focus on police reforms is part of what appears to be a last-ditch effort by the Biden administration to take action on some of Biden’s signature initiatives in the run-up to his State of the Union Address on March 1. In addition to voting rights and policing, the White House and congressional Democrats are considering ways to resurrect Biden’s Build Back Better package, either by paring the legislation or separating it into two bills, three sources familiar with the discussions said.

The executive actions on policing are still being finalized, the sources said. They did not know how the actions would differ from steps the Justice Department took last year when it imposed new restrictions on chokeholds and “no-knock” warrants.

Two people familiar with the discussions said the White House could roll out the executive actions to mark the beginning of Black History Month in February.

Biden also is expected to use the moment to criticize former President Donald Trump, the people familiar with the discussions said. He was sharply critical of Trump in a Jan. 6 anniversary speech and again Tuesday while speaking about voting rights.

The White House is starting 2022 with major pushes for voting rights and police reform as Biden’s support among Black voters, a voting bloc key to both his primary and general election successes, appears to be at an all-time low. A new Quinnipiac University poll found that 57 percent of Black voters approved of Biden’s job performance — down significantly from 78 percent in April, and in territory that could imperil Democrats’ chances of keeping control of the House and the Senate in the November midterm elections.

The White House held back on police reform executive actions last year out of concern that such moves could upend bipartisan negotiations on the issue in Congress. White House press secretary Jen Psaki said Thursday, “I think there’s a recognition and a commitment by the president to deliver on what he promised.”

Rep. Jim Clyburn, D-S.C., whose support was crucial to Biden’s winning the Democratic nomination, is among those who have been urging him both publicly and privately not to forget his promise upon winning the White House to have Black voters’ backs. Clyburn said he pushed Biden in particular to show new urgency about voting rights, even if it means being more aggressive with fellow Democrats, when they traveled together to South Carolina last month.

“What he’s got to understand is that he’s no longer a senator. He’s now president. And he’s got to be able to say to some of these senators, ‘I know there’s some things that you’d like to have my help on, but let me tell you upfront: I need your help, too,’” Clyburn said.

Clyburn, the No. 3 Democrat in the House, said he had not heard about potential executive actions on police reform. He said he and other lawmakers were developing a strategy to force the issue by potentially attaching the George Floyd measure to “must-pass” legislation like government funding bills.

Rep. Richard Neal, the chairman of the Ways and Means Committee, said discussions are stalled as Sen. Joe Manchin, D-W.Va., continues to oppose the bill.