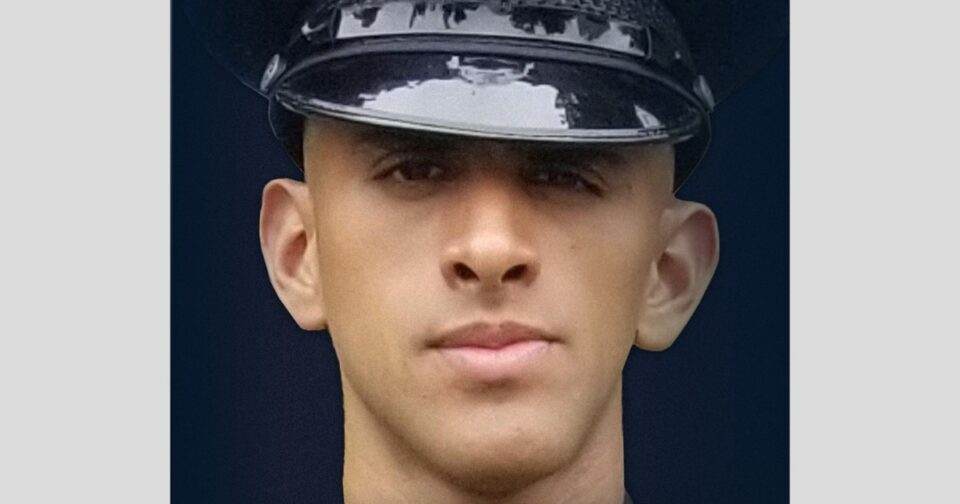 LOS ANGELES — Three men and a woman suspected of taking part in the robbery and murder of an off-duty Los Angeles police officer have been charged with federal racketeering counts, prosecutors said Thursday.

The four are charged with violent crime in aid of racketeering in the killing of Officer Fernando Arroyos, who was fatally shot Monday, the U.S. Attorney’s Office for Central California said.

Three are alleged to be members of the Florencia 13 gang, the U.S. attorney’s office said. The fourth is a girlfriend, it said.

The federal prosecution, which is unusual in a local murder case, could bring death sentences and minimum sentences of life without the possibility of parole, because Arroyos is alleged to have been killed during the commission of a robbery.

All four were in a vehicle involved in the crime and present during the robbery and killing, the U.S. attorney’s office said.

Rios and Cisneros are accused of confronting Arroyos, identified in court documents as “F.A.,” and his girlfriend on East 87th Street on Monday night to rob them.

Los Angeles County Sheriff’s deputies found Cisneros, who had been shot, about 2 miles away, officials said.

Video shows him being helped out of the black truck used in the crime following the shooting, according an FBI affidavit filed in the case.

Rios and Cisneros allegedly told investigators after their arrest that they were driving around looking for people to rob, and they decided to rob Arroyos because they liked his chains, according to the FBI affidavit.

It was not immediately clear Thursday night if any of the four charged had attorneys.

The suspects were expected to be transferred to federal custody Friday, the federal prosecutor’s office said.

Los Angeles Police Department Chief Michel Moore called the killing an act of “vicious and senseless violence.” He said Arroyos was a hero and that he was grateful the case was being prosecuted federally.

“It is appropriate,” Moore said at a news conference Thursday night. “I am thankful for the U.S. attorney for stepping in and bringing the full weight of the government against this gang.”

Moore said the gang has plagued parts of the Los Angeles area for decades, and federal racketeering laws are designed to combat organized gangs. Police officers in the division where the gang operates made 18 arrests in the last year of gang members with guns, he said.

The U.S. attorney’s office described Florencia 13, also known as F13, as a “large, multi-generational street gang” that has been the subject of two large racketeering prosecutions.

Officials are still looking for the bifold black wallet and two silver chains taken from Arroyos. One of the chains has a sword pendant. Court documents say the wallet was thrown out of the window of the truck after the shooting.

“Those two chains and a wallet mean, I’m sure, the world to the family,” Moore said.

Andrew Blankstein is an investigative reporter for NBC News. He covers the Western United States, specializing in crime, courts and homeland security.