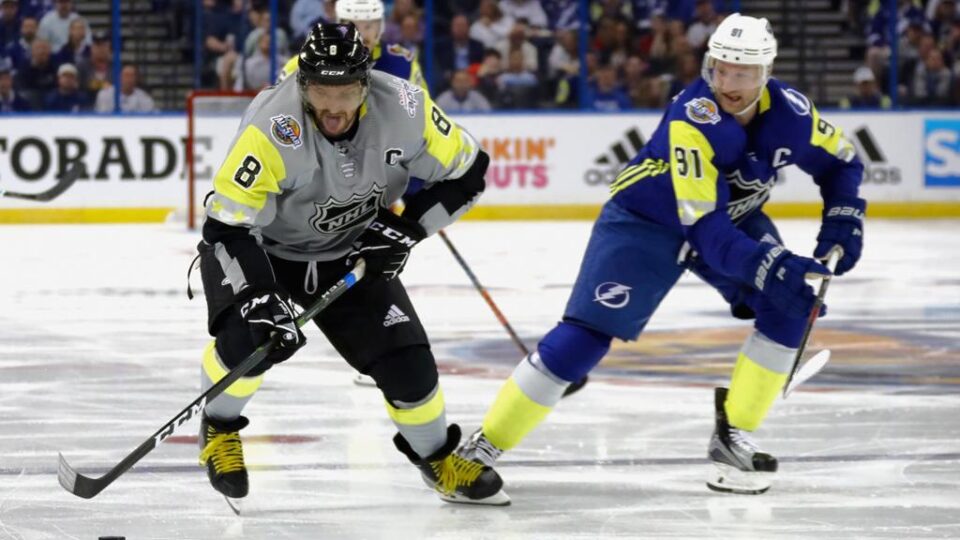 The rosters for the 2022 Honda NHL All-Star Game will be revealed Thursday on ESPN during the 6 p.m. ET airing of “SportsCenter” and on Sportsnet during “Hockey Central.”

Each of the rosters for the four NHL divisions — Atlantic, Metropolitan, Central and Pacific — will consist of 11 players. One player will be the captain for each division as voted on by the fans during the 2022 NHL All-Star Game Fan Vote, nine will be selected by NHL Hockey Operations, and one through Last Men In voting, which runs through 11:59 p.m. ET on Monday.

The 2022 All-Star Game, at T-Mobile Arena in Las Vegas on Feb. 5 (3 p.m. ET; ABC, SN, TVAS), will consist of a three-game tournament played in a 3-on-3 format, featuring one team from each of the four divisions.

Entering the final week of the fan vote, which ended Jan. 8, Auston Matthews of the Toronto Maple Leafs (Atlantic), Alex Ovechkin of the Washington Capitals (Metropolitan), Nathan MacKinnon of the Colorado Avalanche (Central) and Connor McDavid of the Edmonton Oilers (Pacific) were leading.

Ovechkin was dominating voting in the Metropolitan. The Capitals captain led Pittsburgh Penguins center Sidney Crosby (14.1 percent) and Carolina Hurricanes forward Sebastian Aho (6.9 percent). His 24 goals this season are tied with Matthews for second in the NHL behind Oilers forward Leon Draisaitl (26), and his 52 points are third behind McDavid and Draisaitl (53 each). Ovechkin is 12 goals from tying Jaromir Jagr (766) for third in NHL history.

MacKinnon’s lead on Minnesota Wild forward Kirill Kaprizov (10.2 percent) in the Central was the closest among all division voting. Cale Makar of the Avalanche, who leads NHL defensemen with 16 goals in 29 games, was third with 8.3 percent.

Rod Brind’Amour of the Hurricanes (Metropolitan), Andrew Brunette of the Florida Panthers (Atlantic), Jared Bednar of the Avalanche (Central) and Peter DeBoer of the Vegas Golden Knights (Pacific) will coach their respective divisions in the All-Star Game.

Their teams had the highest points percentages (points earned divided by total possible points) in their respective divisions through Jan. 10.