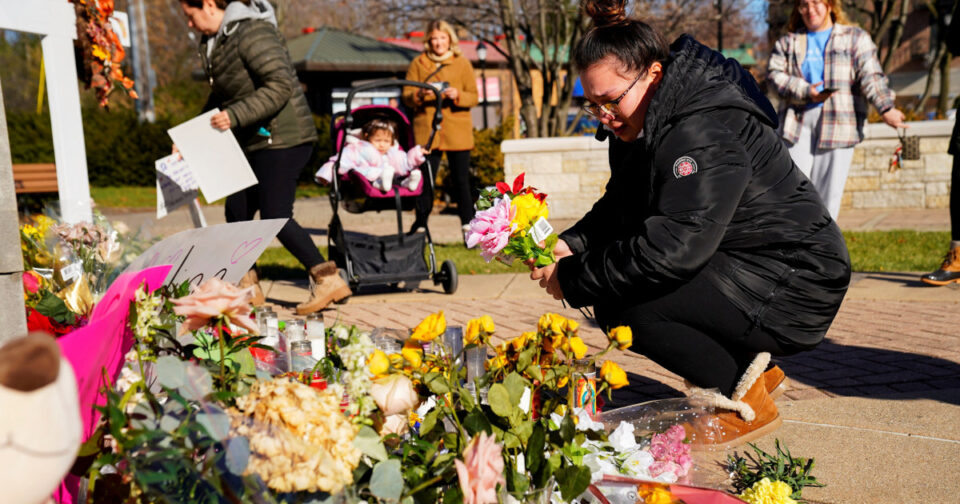 A Milwaukee man accused of killing six people and injuring dozens more when he drove an SUV through a suburban Christmas parade must stand trial, a court commissioner ordered Friday.

Brooks faces 77 charges in all, including six counts of homicide and multiple counts of reckless endangerment. He would face mandatory life in prison if convicted on even one of the homicide charges.District Attorney Susan Opper called just one witness, police detective Thomas Casey.

He testified that he and other officers yelled at Brooks to stop as he drove the SUV through the parade in downtown Waukesha on Nov. 21.

He described how the vehicle zig-zagged across the street for blocks, smashing into marchers from behind and running them over. He said Brooks injured 61 people, including the six people he killed.

Brooks’ attorney, public defender Anna Kees, argued that Brooks was high during the incident, noting that officers who arrested him noticed he smelled of marijuana and his eyes were red and glassy.

She maintained that he couldn’t turn off the parade route because the side streets were barricaded and full of spectators. She noted, too, that he told detectives that he didn’t mean to kill anyone and couldn’t bring himself to look when detectives showed him photos of the carnage.

Opper countered that all Brooks had to do was stop the vehicle and even if he was high on marijuana he still committed multiple crimes.

Brooks sat quietly at the defense table in a red jail jumpsuit and surgical mask. He said nothing.

Costello ordered him to appear for an arraignment on Feb. 11. That’s the point where Brooks will enter a plea. He remains jailed on a $5 million cash bond.

Any possible motives remain unclear. The complaint alleges Brooks beat the mother of his child minutes before driving into the parade because she refused to bail him out of jail after he was arrested for allegedly running her over with the same vehicle earlier in November.

Brooks had been arrested in neighboring Milwaukee County in that alleged earlier incident. He walked out of jail on Nov. 19, two days before the parade, after posting $1,000 bail.

Milwaukee County District Attorney John Chisholm, a Democrat, has taken intense criticism for his office recommending bail be set so low for Brooks.

Chisholm told county officials in December that the Covid-19 pandemic has led to a backlog of cases in his office. An evaluation of the risk Brooks posed to the community never made it into his office’s computer system and went unseen, Chisholm said, and a young, overworked assistant prosecutor recommended $1,000 bail for him so she could move on to other cases.

A group of Milwaukee County taxpayers filed a complaint with Gov. Tony Evers in December demanding he remove Chisholm from office. An attorney the Evers administration hired to review the complaint concluded Tuesday that the complaint suffers from technical legal deficiencies and isn’t valid. Evers refused to take any action against Chisholm, a fellow Democrat.

Chisholm has pushed for ending cash bail, saying it’s not fair to poor defendants. He wants a new system in which only violent offenders are jailed until trial.