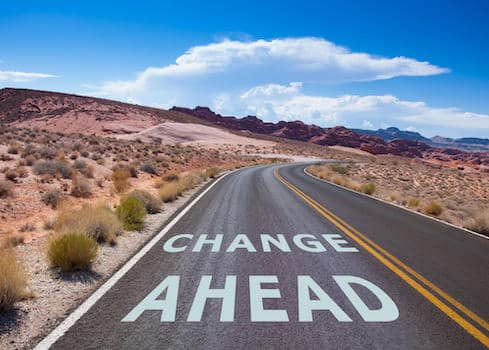 This shift will have major ramifications for IT budgets, the influence of CIOs, and the roles of IT leaders as organizations head into a future where technology underpins the infrastructure of the business itself and so many entry level workers in every department arrive at their first jobs with significant technology skills.

Topham says that these skills in the up-and-coming workforce are a major reason driving this change, joining another major force that had already been in play for some time — the availability of applications for purchase, licensing, and use by individual business departments — what used to be more commonly known as shadow IT. The tech savvy of entry level workers is a newer trend driving the change.

“This is not just in comp sci and STEM subjects,” Topham says. “This is the arts and the humanities as well.”

Topham presented the research findings and some recommendations for CIOs in a recent webinar.

Why are business units doing this? Do they have a problem with how the IT organization operates? Not according to Gartner’s conversations with the stakeholders.

“It’s not because they hate IT or think IT is too slow or they have a bad relationship,” Topham says. “It’s simply because they can. They feel empowered. They feel close to their clients and closer to their needs.”

The top two reasons these business unit leaders said they acquired or developed a solution without support from the IT department are as follows: “We have a better understanding of our requirements than the IT department does”; and “We have the necessary capabilities and resources to do it ourselves.”

When Topham asked CIOs last year how much shadow IT costs their organizations their guesses tended to be as high as 5% to 6% of total technology spend. He also asked the business units what they were spending. The real number for tech spending outside of the IT organization and IT budgets is more like 36%, or six-times what CIOs thought it was.

But the fact that the number was so high was only part of the issue for CIOs. The other piece that could be galling to IT leaders is that that 36% of tech budget is for discretionary projects.

“It’s almost entirely being spent on growth projects,” Topham tells InformationWeek. “Whereas the majority of CIO budgets is non-discretionary. CIOs don’t get much wiggle room.”

On average, about 70% of the formal IT budget goes to normal run-the-business activities and investments, most of which are non-discretionary in the short term, according to Gartner.

Another frustrating prospect is that IT organizations are asked to take over the formal management responsibility of these shadow IT projects about once every eight weeks, according to Gartner’s research.

Yet Gartner does not envision a shrinking role for the CIO or IT department. Rather, says Topham, the CIO will be called upon as an orchestrator of this technology spend across the business. In order to evolve into that emerging role, these IT leaders need to change their approach to changes that are already underway in their organizations.

First Steps to Manage the Shift

“The first step is to start the conversation,” says Topham. “CIOs need to start having this conversation across their organizations because if they don’t, they are setting themselves up to fail.”

If they try to take control of everything, they will find themselves disempowered. Rather, CIOs need to help the rest of the C-suite understand how to manage their own technology portfolios. Topham says there will be a spectrum of allowance as organizations look at operational impacts and legal compliance and organization risk profiles for the ownership of different technologies.

It’s not just the CIOs that will need to evolve. Topham notes that CEOs and boards have always wanted “a single throat to choke” when it comes to technology and the inevitable problems that arise.

“But that can’t be the case anymore,” he says, citing the benefits of the new approach from more efficient use of underutilized resources to better coordination to greater efficacy of technology across the enterprise.

“But if it is not managed and expanded out the right way, CIOs are setting themselves up to fail, because suddenly they’re going to be responsible and accountable and possibly sanctioned for things that they have absolutely no authority and no domain over.”

But just like when there’s a problem with an employee, a manager might ask HR to step in, and the same approach is likely with the CIO and the IT organization.

“Yes, things will go wrong. You’ll have compliance breaches or things will break,” Topham says. “You’ll reach out to IT to facilitate and help out to rectification. The nature of the partnership changes somewhat. Irrespective of blame you help fix it. It’s what you’re there for.”

This will be an ongoing adjustment for IT leaders and organizations as the shift continues in the months and years ahead. Topham has one final piece of advice for CIOs as they head into this new era.

“Doing nothing is not an option,” Topham says. “Neither is taking sort of a command-and-control approach of ‘this is mine.’ Doing nothing or doing what we’ve always done are no longer safe places to retreat.”

What to Read Next:

How CIO Roles Will Change: The Future of Work

Where IT Leaders Are Likely to Spend Budget in 2022

The CIO’s Role in Innovation