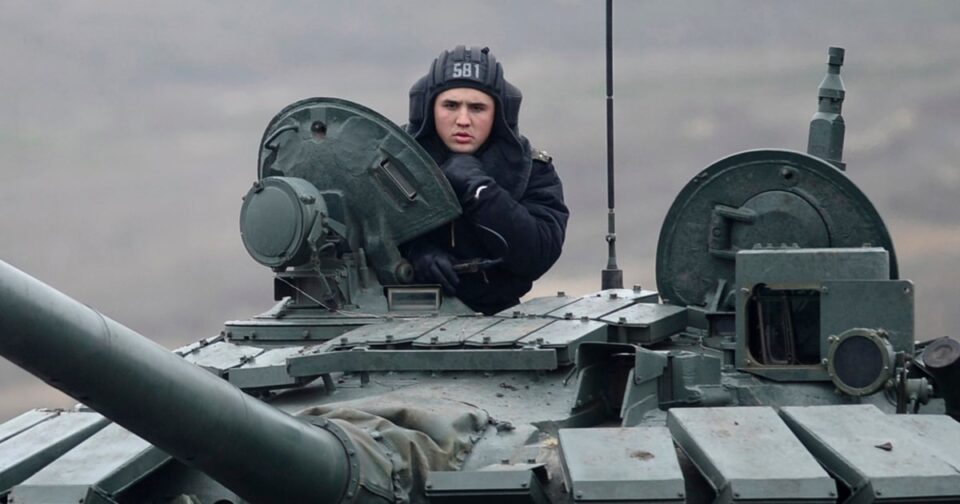 The U.S. has information that the Russian government is planning a “false-flag” operation to rationalize an invasion of Ukraine, a government official said Friday.

“We have information that indicates Russia has already pre-positioned a group of operatives to conduct a false-flag operation in eastern Ukraine. The operatives are trained in urban warfare and in using explosives to carry out acts of sabotage against Russia’s own proxy-forces,” the official said, confirming a CNN report.

“Our information also indicates that Russian influence actors are already starting to fabricate Ukrainian provocations in state and social media to justify a Russian intervention and sow divisions in Ukraine,” the official said. “For example, Russian officials and influence actors are emphasizing narratives about the deterioration of human rights in Ukraine and the increased militancy of Ukrainian leaders.”

White House press secretary Jen Psaki told reporters at her daily briefing that the intelligence shows Russia “is laying the groundwork to have the option of fabricating a pretext for invasion.”

Psaki added that Russians appear to be following the same playbook they used when they took control of Crimea.

“We saw this before, leading up to 2014, just to note — through sabotage activities and information operations, by accusing Ukraine of preparing an imminent attack against Russian forces,” Psaki said. She added that an invasion by Russia now “may result in widespread human rights violations and war crimes should diplomacy fail to meet their objectives.”

The comments came hours after Ukraine was hit by a massive cyberattack warning its citizens to “expect the worst.” Ukraine’s foreign ministry spokesperson told Reuters it was too early to say who could be behind the attack, but that Russia had been behind similar strikes in the past.

Psaki said President Joe Biden has been briefed on the attack, and that the U.S. has “offered our support as Ukraine investigates the impact and recovers from the incidents.”

Russia has massed more than 100,000 troops on its neighbor’s frontier. The Russian government has denied it has plans to attack Ukraine, but aired footage of more forces deploying to the area on Friday. Russian officials met with their U.S., European and NATO counterparts over the past week as they sought defuse tensions between the two countries.

“The drumbeat of war is sounding loud,” a senior U.S. diplomat said.

Andriy Yermak, chief of staff to Ukrainian President Volodymyr Zelenskiy, said at a virtual briefing organized by the think thank the Atlantic Council that they are still hoping to reach a diplomatic resolution. He said Zelenskiy had spoken to Biden about possible trilateral talks with Russian President Vladimir Putin.

“We’re still waiting for a reaction on this I think from the Russian side,” Yermak said. “But our American partners take our proposal with some interest.”