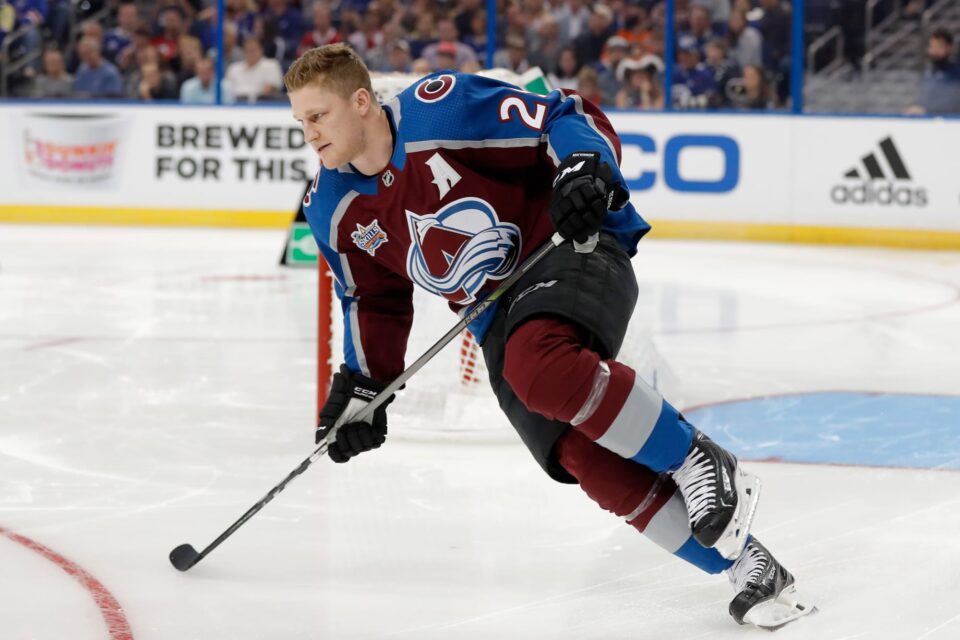 Nathan MacKinnon agrees with the sentiment that the NHL’s All Star Game Format is broken, calling it ‘silly’ after teammate Nazem Kadri gets snubbed from roster.

The NHL recently released their All Star Game rosters for the 2022 NHL All-Star Game, and the ensuing controversy towards the current system of requiring one player from each team has been fierce from players and fans alike, now most notably Nathan MacKinnon.

When asked about teammate Nazem Kadri being snubbed from Central Division All-Star Roster during his career year, MacKinnon let his feelings be known.

“It’s silly. I don’t think every team should send a guy,” MacKinnon said, according to Peter Baugh. “It’s an All-Star Game, not a Participation Game.”

MacKinnon also mentioned that he thinks the Avalanche should have “five or six” guys at this years All-Star Game, while also mentioning they shouldn’t have had any when he was the lone representative for Colorado in 2017 when the Avalanche were the leagues worst team by a large margin.

MacKinnon absolutely has a point, as there are several worthy players in each division that are currently on the outside looking and awaiting the results of the “last man in” vote.

In the Central division alone, you have deserving players like Kadri and Roman Josi currently on the outside looking in, with only one spot open. Voting Kadri in leaves out one of the leagues top defensemen, while the opposite leaves out a top five point scorer. Meanwhile, the historically bad Arizona Coyotes are required to send lone bright spot Clayton Keller to take up a roster spot. It’s a lose-lose for the sake of appeasing every single fanbase instead of having the best rosters.

One of the worst snubs from the All-Star Game is Bruins forward Brad Marchand, who is currently seventh in the league in points and not even an option for a last man in vote. Instead, Nick Suzuki and Drake Batherson were selected for Montreal and Ottawa, who are great players in their own right, but Batherson is 63rd in scoring and Suzuki is 167th. This isn’t even mentioning other snubs like Barkov, Guentzel, Svechnikov, Stamkos, and many more.

But at the end of the day, the All-Star Game is not something to be taken super seriously, as it’s just supposed to be fun, and MacKinnon agrees.

Regardless however, MacKinnon’s original point still stands. It’s doesn’t make sense to have an All-Star Game where several star players are left out entirely to make every fanbase happy. Whether it’s expanding the roster and just selecting the best of the best regardless of team, an improved format would surely make for a more entertaining tournament.

The NHL All-Star Game is currently scheduled to take place Feb. 2 at T-Mobile Arena Las Vegas, Nevada, the first time the city has hosted the event since the expansion of the Vegas Golden Knights in 2017.

India to block over 230 betting and loan apps, many with China ties