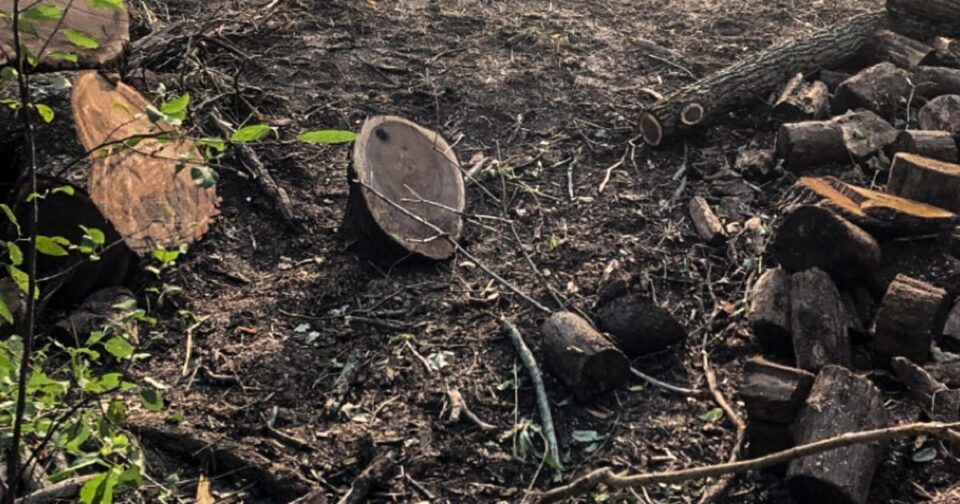 Two Ohio siblings were charged with felony theft after they arranged to cut down a tree estimated to be over 250 years old that was located on city property, officials said Friday.

Todd Jones, 56, and Laurel Hoffman, 54 allegedly illegally felled the centuries old black walnut in the Cleveland suburb of Strongsville on Sept. 2021 in order to sell it for lumber, according to a report from Cleveland Metroparks Police.

Jones’ and Hoffman’s mother-in-law, Debra Jones, lives in the house near where the tree was chopped down, at the border of Mill Stream Run Reservation, where an adjacent property was recently acquired by Cleveland Metroparks.

Debra Jones is the widow of the siblings’ father, Robert A. Jones, and was not charged with a crime.

In remarks to police, Jones initially denied having anything to do with the tree’s destruction, and said his sister may have been to blame.

Jones reportedly became “defensive” after an officer told him that their records indicated that his mother-in-law had already shown them the tree stump and admitted that he and his sister had arranged to have it logged and sold for lumber.

The family said they believed the tree was located on their property, but charging documents said a police investigation found that the center of the stump of the 5.5-foot-wide tree was 7.5 feet outside of their property.

Hoffman and Jones were charged on Dec. 29 with one count each of theft by deception and falsification, according to court documents.

Hoffman, in remarks to Cleveland.com, said, “It’s ours. I just don’t understand any of this.”

“This is so ridiculous that they’re doing this,” Jones told the news site. “This is insane. There was no ill intent.”

The tree was located in the nature preserve and its trunk was nearly six feet in diameter, making it one of the oldest in the Buckeye State, according Metroparks spokesperson Jacqueline Gerling.

“We suspect the tree was possibly over 250 years old. Given our urban setting and the threats to healthy tree growth, it is very uncommon to find a black walnut of this size,” Gerling wrote in an email to NBC News.

Cleveland Metroparks Police Department oversees more than 24,000 acres of land — including the reserve adjacent to the Jones home.

The U.S. Department of Agriculture says black walnut trees are “one of the scarcest and most coveted native hardwoods” and have been heavily logged.

The siblings are due to be arraigned in court Jan. 20.

In July, a California couple faced an $18,000 fine for destroying 36 Joshua Trees, protected as a candidate for the California Endangered Species Act.

An NBC News investigation in July found that the world’s largest home furnishing retailer, Ikea, is likely to have sold children’s furniture made of illegally-logged Russian pine.

Rep. Matt Gaetz’s ex-girlfriend testified to a grand jury. Why prosecutors are loving it.