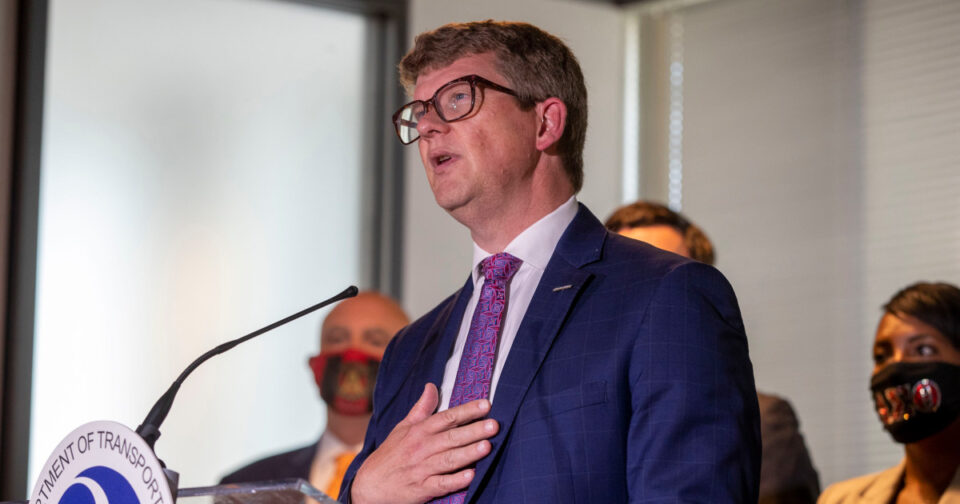 ATLANTA — Jeffrey Parker, who led the Metropolitan Atlanta Rapid Transit Authority during a time of expansion and then during the pandemic when public transportation ridership plummeted, has died, the agency announced.

In a statement, the agency confirmed Saturday that Parker had taken his own life on Friday night, but provided no other details.

“He was an outstanding leader and steward of MARTA whose passing leaves us all heartbroken,” MARTA Chairwoman Rita Scott said in a statement posted on the agency’s website. “We are devastated at this loss as we valued Jeff’s leadership and looked forward to him bringing his vision for transit to fruition. The entire metro Atlanta region owes him a debt of gratitude for his transformational efforts and we will not stop working to build on the foundation he created.”

Others expressed their condolences, including Gov. Brian Kemp, who tweeted that Parker “had an incredible mind for transportation and logistics and a heart for people.”

Parker was a nationally recognized transportation leader. On its website, MARTA said Parker had more than 35 years of experience in the transportation industry. During his career he served as Commissioner of the Connecticut Department of Transportation and held leadership posts during his 20-year tenure at the Massachusetts Bay Transportation Authority.

If you or someone you know is in crisis, call the National Suicide Prevention Lifeline at 800-273-8255 or text HOME to 741741 to reach a trained counselor at the Crisis Text Line. You can also visit SpeakingOfSuicide.com/resources for a list of additional support networks.

MLK’s family rallies in Arizona to push for voting rights