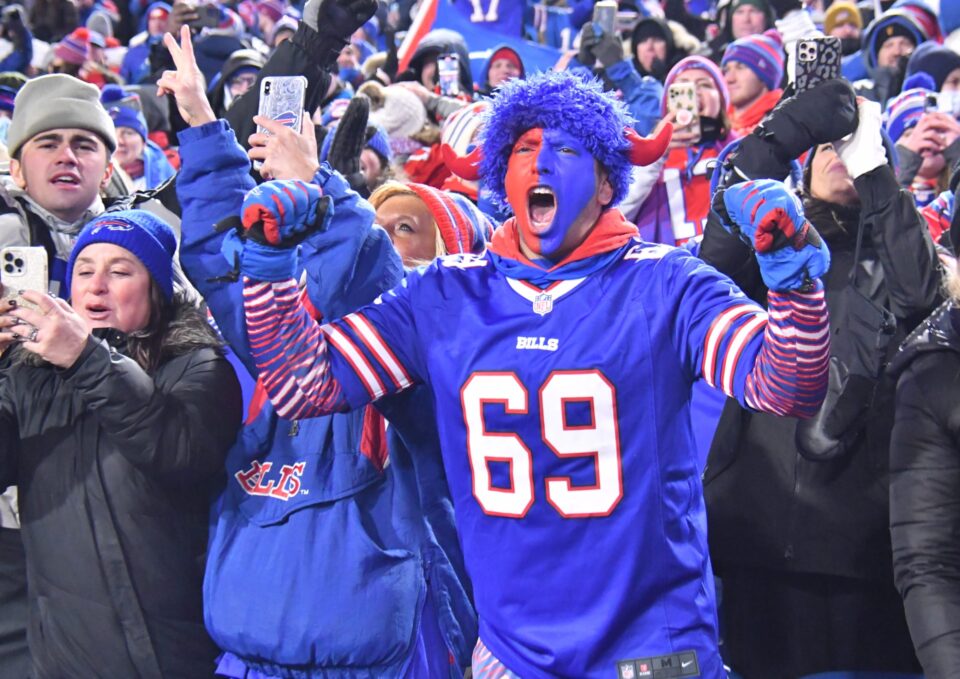 The Buffalo Bills are in the playoffs, which means that tables are being broken at the tailgate.

The Buffalo Bills are in the playoffs for the third-consecutive year, but they are looking to make their first appearance in the Super Bowl since 1993. The first team to stand in the way of their path to the Lombardi Trophy are the rival New England Patriots. To say Bills fans are excited is a massive understatement.

Bills Mafia is notorious for breaking tables at the tailgate ahead of games. Sure enough, they are doing just that in the parking lot.

Bills Mafia already breaking tables ahead of playoff matchup vs. PatriotsThat is quite the elbow drop from that fan, shades of “Macho Man” Randy Savage.

Buffalo and New England have faced off twice already this season, and the series is split. The Patriots took the first game after they ran the ball 46 times at windy Orchard Park, giving them the 14-10 victory. But, Buffalo avenged that loss with a 33-21 win in Week 17 behind a 314-yard, three-touchdown performance by quarterback Josh Allen.

Now, both teams are looking for the all-important victory on Saturday night at Highmark Stadium, where the temperature will be in the single digits. Buffalo earned home field in the first round of the playoffs by way of winning the AFC East title.

Make no mistake about it: The further the Bills make it in the playoffs, the more tables are going to be broken.