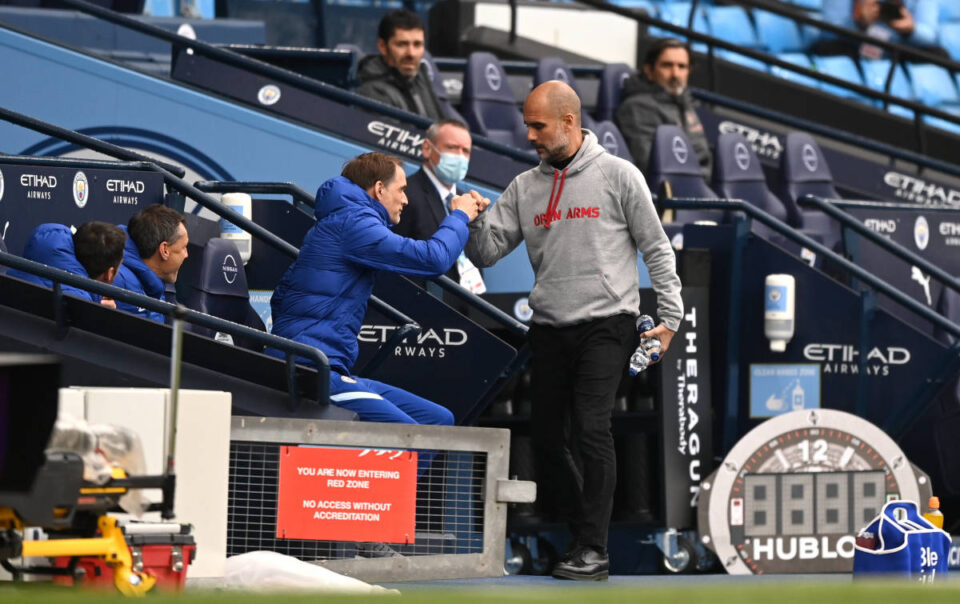 Many Manchester City fans have taken to social media to react to a series of comments made by Thomas Tuchel following the Blues’ 1-0 win at the Etihad Stadium.

Manchester City opened up a 13 point gap at the top of the Premier League table, with a dominant 1-0 win over Thomas Tuchel’s Chelsea at the Etihad on Saturday afternoon.

Pep Guardiola returned to the dugout and made a number of bold selections, with Ruben Dias and Ilkay Gundogan both named on the bench.

Searching for their 12th consecutive Premier League win, City created a number of chances during a cagey opening 45 minutes, with Kepa Arrizabalaga denying Jack Grealish midway through the half – their best chance to take the lead.

However, a dominant City display would be rewarded with a goal in the 70th minute, as Kevin De Bruyne scored brilliantly against his former club.

The Belgian wonderfully shrugged off a N’golo Kante’s challenge, before steadying himself and cleverly curling the ball past the Chelsea goalkeeper and into the far corner.

De Bruyne’s strike – the only goal of the game – secures back-to-back 1-0 wins against Chelsea this season for the Blues.

Here are a few of our favourite reactions:

You can follow us for live updates here: @City_Xtra