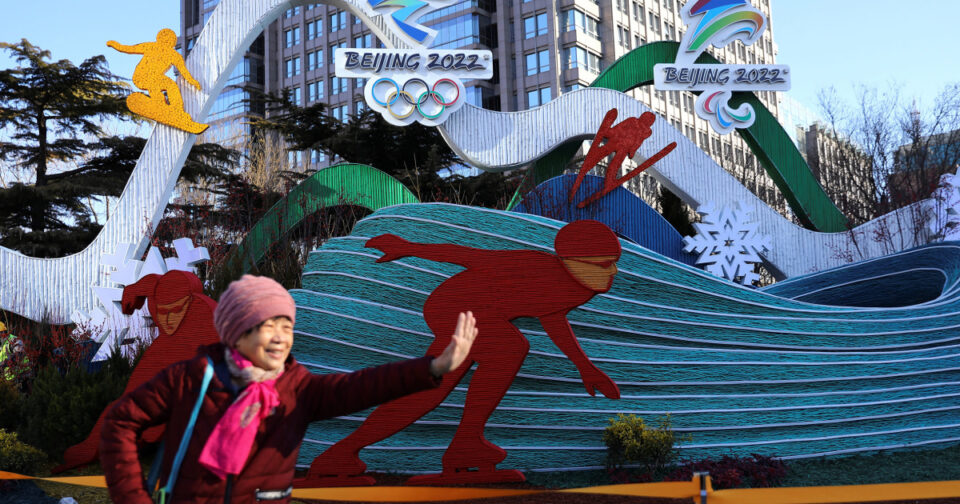 Only “selected” spectators will be permitted at next month’s Beijing Olympics because of the coronavirus pandemic, organizers said Monday.

Beijing had already announced that no fans from outside the country would be permitted at the events, and had not offered tickets to the general public.

Monday’s announcement posted on the organizing committee’s website confirmed expectations that the Winter Games would have few onlookers at the venues, under even more strict conditions than imposed during last year’s Summer Olympics in Tokyo.

China has largely avoided major virus outbreaks with a regimen of lockdowns, mass testing for COVID-19 and travel restrictions, although it continues to fight surges in several cities, including the port of Tianjin, about an hour from Beijing.

The capital itself confirmed over the weekend that a 26-year-old woman had contracted the omicron variant of the virus and has tested more than 13,000 people in search of cases of cross transmission.

In its statement, the organizing committee said its measures were intended to “create a pleasant environment for the holding of the Games.”

“Given the difficult and complicated work of controlling the epidemic, and to protect the health and safety of those involved with the Games, the original plan of offering tickets to the general public has been altered toward spectators from selected groups,” the statement said.

At Ground Zero for 2024, Trump spins lies and conspiracy theories

‘Nothing we could have said to him or done’: Family of Texas hostage-taker apologizes as U.K. reacts