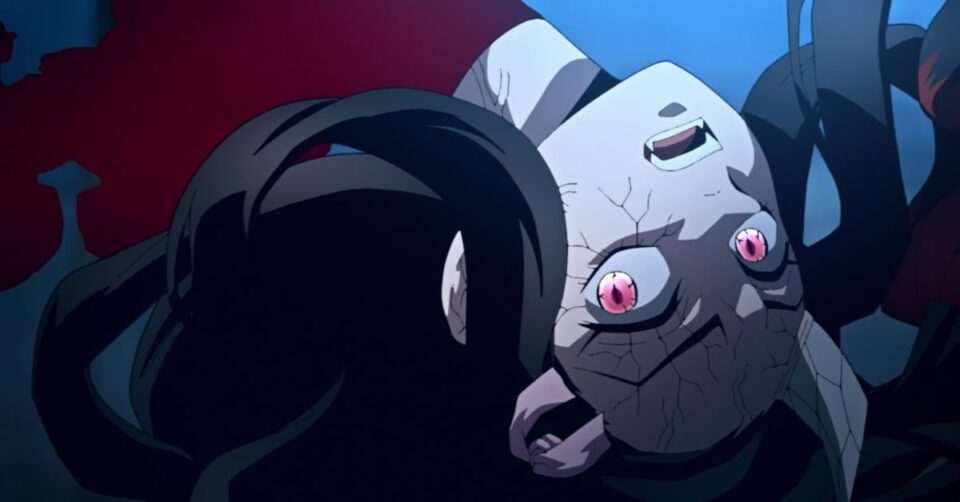 Demon Slayer: Kimetsu no Yaiba has brought out a surprisingly bloody new ability for Nezuko Kamado in the newest episode of the series! The second season of the anime has now reached the turning point of the Entertainment District arc from Koyoharu Gotouge’s original manga series, and with it has begun to unleash all of Nezuko’s new power. Breaking into a berserk state at the end of the previous episode, Nezuko went through a notable demonic transformation that raised her strength and speed immediately. As the newest episode shows off more of this power, she revealed a surprising new ability as well.

The previous episode had teased that Nezuko could fight on the level of powerful demons like Daki thanks to her new berserk state, but the newest episode of the series took this to the next level as she started to unleash more of her abilities. This included a surprisingly bloody new ability that she ends up using on instinct alone when Daki decapitates Nezuko early in the episode. It’s revealed that Nezuko can actually congeal her blood and force her body to stay together even when torn apart limb-by-limb.

Episode 7 of Demon Slayer: Entertainment District Arc saw Daki immediately tear Nezuko’s body to shreds with her scarves. While this would have been it for any other demon, Nezuko reveals she still has full control over her severed limbs. In fact, it’s soon revealed that she hardened her blood to keep her various parts together (including her head) and was able to keep herself in relative control. It’s like they were never severed in the first place, and this raises even more questions about her power.

It was teased that her recovery speed is on the same level of Upper Rank demons like Daki, and it seems that this is an extension of the ability. This is not including the flames from her Blood Art, so that means that there are still many abilities that Nezuko could have at her disposal. But given the trade off means that she loses all control of herself in the process, it’s probably not going to be a power that she can use in every fight.

But what do you think? How do you feel about Nezuko’s new abilities? How do you feel about her berserk demonic state in the newest episode? How are you liking Demon Slayer’s second season so far? Let us know all of your thoughts about it in the comments! You can even reach out to me directly about all things animated and other cool stuff @Valdezology on Twitter!

How Denzel Washington Helped Michael B. Jordan With His ‘Creed III’ Directorial Debut