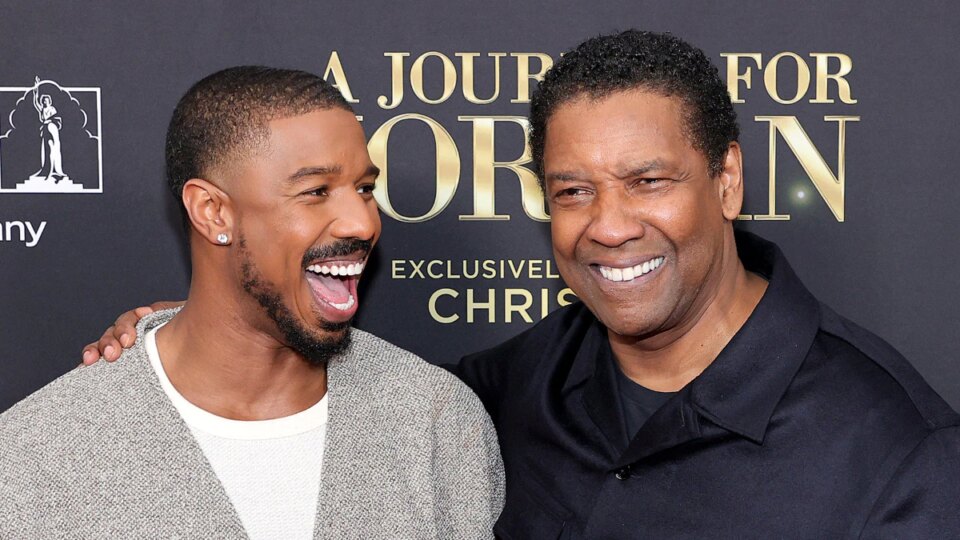 Michael B. Jordan is stepping both into the ring and behind the camera later this year for his directorial debut with “Creed III,” and he’s gotten some much-needed guidance about the latter from a legend who has mastered both: Denzel Washington.

In an interview with AP Entertainment, Jordan discussed how he got help from Washington while working together on “A Journal for Jordan,” in which the “Creed” star plays an Army sergeant who writes a journal of wisdom for his infant child while deployed in Iraq. The film is Washington’s fourth as a director, having made his directorial debut with “Antwone Fisher” in 2002 and also helming “The Great Debaters” and the Oscar-winning “Fences.”

Jordan said that while working on “Journal” last year, he brought up to Washington that he was also in pre-production on “Creed III,” to which Washington told him about the importance of storyboarding early in the process when preparing to shoot. On the spot, Washington called a storyboard artist he had worked with and gave the phone to Jordan so they could discuss his plans for “Creed III.”

“He literally called up a friend of his who’s a storyboard artist, and dialed him up right there pitched him, me in the project and put me on the phone. I talked to him and that’s how I got one of my storyboard artists. Right there on the spot at rehearsal,” Jordan remembered with a smile.

A stunned Jordan took the phone and stammered into it, “Uh… OK… hey… what’s up, man? What’s goin’ on?”

“That’s D, man. He’s willing to do anything to help. He wants to pass on knowledge and make art a little easier in however he can help,” Jordan said.

Jordan will return in “Creed III” with co-stars Tessa Thompson and Phylicia Rashad as well as newcomer Jonathan Majors, with MGM currently slated to release the film this Thanksgiving. Washington, meanwhile, is considered a favorite to earn the 10th Oscar nomination of his career and his sixth as an actor for his lead performance in “The Tragedy of Macbeth,” which was released this weekend on Apple TV+.

India to block over 230 betting and loan apps, many with China ties