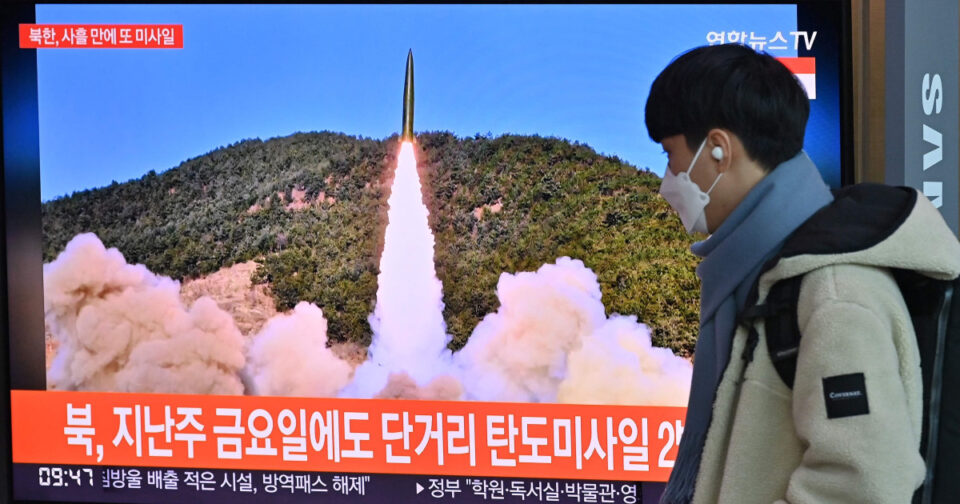 The missiles were fired east from the Soonan airport area of Pyongyang, the capital, according to South Korea’s Joint Chiefs of Staff.

The launch was also reported by officials in Japan. Defense Minister Nobuo Kishi said at an impromptu briefing the missiles were estimated to have flown roughly 300 kilometers, or about 186 miles, off North Korea’s eastern coast.

In a statement, the U.S. Indo-Pacific Command said that while the launch did not pose an immediate threat to U.S. personnel or territory, or to its allies, it highlighted the “destabilizing impact” of North Korea’s weapons programs.

Earlier in the week, North Korean leader Kim Jong Un called for strengthening the country’s strategic military forces after observing the test of what state media said was a hypersonic missile. It was the first time since March 2020 that he had officially attended a missile test.

“Vessels are advised to pay attention to further information and, if they see a falling object, to stay away from it and report the relevant information to the Japan Coast Guard,” the coast guard said in a statement.

South Korea’s National Security Council convened an emergency meeting in response to the launch. In a statement, it called North Korea’s recent missile tests “extremely regrettable” and emphasized the importance of resuming talks.

Although the Biden administration has said it is open to talks at any time “without preconditions,” North Korea says Washington must first drop its “hostile policy,” an apparent reference to sanctions and joint military drills with South Korea.

One of the last Tuskegee Airmen dies

Uzui and Tanjiro Use All Their Strength in New Demon Slayer: Kimetsu no Yaiba Entertainment District Arc Key Visual