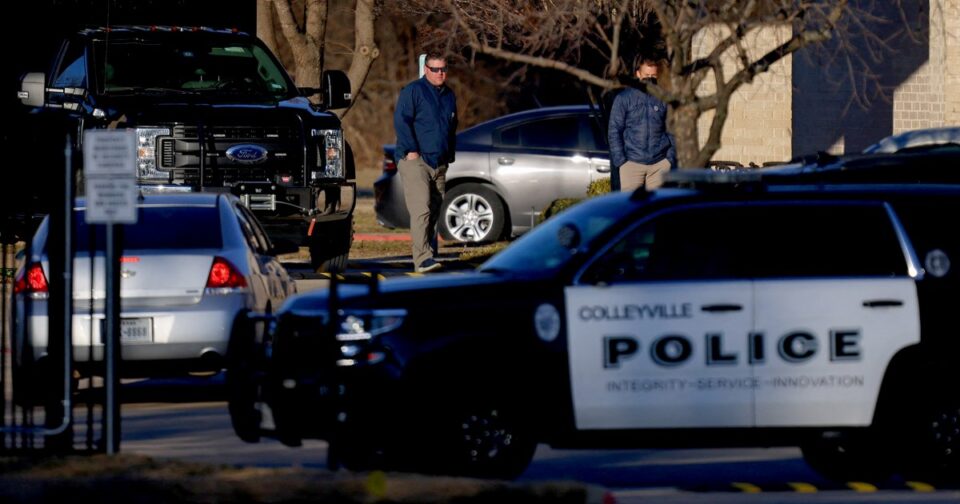 LONDON — The family of a British gunman who held four people hostage at a synagogue in Texas has apologized for his actions, but say there was nothing they could have done to get him to surrender during the incident.

Malik Faisal Akram, a 44-year-old man from Lancashire in northeast England, was named by the FBI as the gunman who held the four people hostage at the Congregation Beth Israel in Colleyville for nearly 10 hours Saturday.

All hostages escaped unharmed. Authorities said Akram died during the standoff, but did not offer further details.

Gulbar Akram, the hostage-taker’s brother, said in a statement obtained by Sky News that their family tried to help authorities in negotiations during the standoff. Akram was “suffering from mental health issues,” the family added, according to Sky.

“There was nothing we could have said to him or done that would have convinced him to surrender,” Gulbar Akram said in the statement, apologizing to the hostages on the family’s behalf and adding that they do not condone any of his brother’s actions.

“We are absolutely devastated as a family,” his statement read.

“Any attack on any human being,” the statement added, is “wrong and should always be condemned.”

During the standoff, Akram demanded the release of Aafia Siddiqui, a federal prisoner being held in north Texas after being convicted in 2010 of attempting to kill American soldiers in Afghanistan. But it hasn’t been firmly established what else may have motivated him and why he chose the synagogue in Colleyville.

Around the world, the attack was swiftly labeled as an act of terrorism and antisemitism.

British Foreign Secretary Liz Truss echoed President Joe Biden’s comments condemning the attack as “an act of terror.” Truss tweeted Sunday that her thoughts were with the Jewish community and all those affected by the “appalling act” in Texas.

A spokesperson for British Prime Minister Boris Johnson also said Monday the attack was “a terrible and anti-Semitic act of terrorism,” according to Reuters.

The standoff also prompted messages of solidarity and condemnation from Muslim leaders in the U.K.

The head of the Muslim Council of Britain, the U.K.’s largest national Muslim umbrella organization with more than 500 members, called the incident “completely unacceptable.”

“The act is all the more reprehensible since it was instigated at a place of worship where Jews were targeted,” Zara Mohammed, the secretary general of the council, said in a statement.

“This was, quite simply, a hate crime and an act of antisemitism,” she said.

The actions of the suspect fall way short of what is expected of a Muslim, Mohammed added.

Two teenagers were detained in England on Sunday and remain in custody for questioning, British authorities said. They did not release their identities but a senior law enforcement official told NBC News the teens are Akram’s sons.

The FBI has said that Akram acted alone, and there is no indication that the sons are suspects.

Beijing Olympics says tickets will not be sold to general public