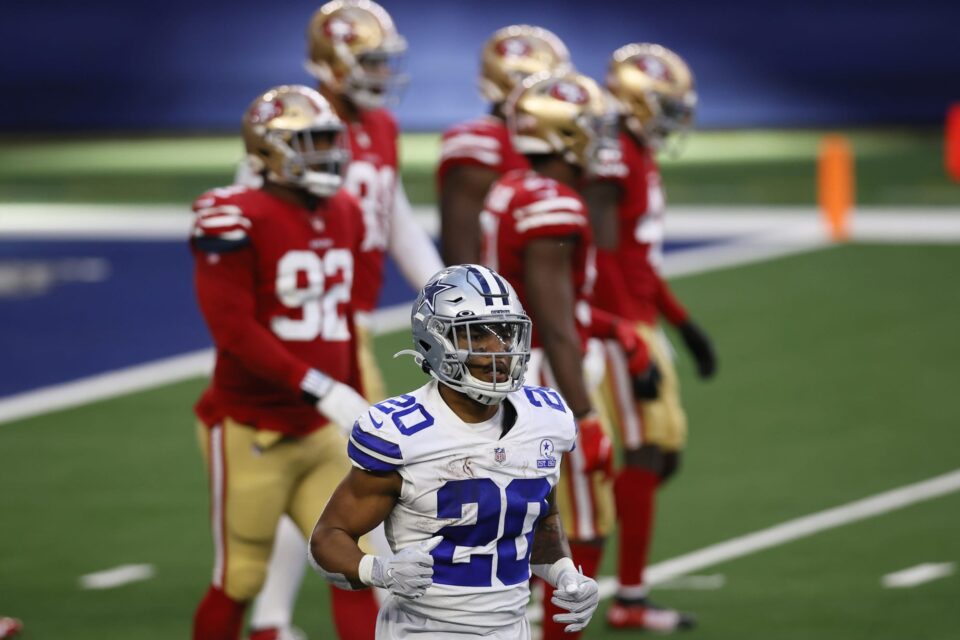 NFL fans need to listen up to know what channel the Dallas Cowboys vs. San Francisco 49ers playoff game will be airing on.

When the Dallas Cowboys take on the San Francisco 49ers, that game is almost always on FOX.

These are two of the brands that helped build FOX Sports in the 1990s. While neither team has won a Super Bowl since the Clinton Administration, they carry two of the most passionate and rabid fanbases in the NFL. So to make sure they can contain themselves ahead of their next biggest game on Super Wild Card Weekend, no, this game will not be airing on FOX this weekend.

With Joe Buck and Troy Aikman calling the early-afternoon game down in Tampa was a dead giveaway, don’t worry, another former Cowboys quarterback will be in the booth for this game over on CBS.

What TV channel is the Cowboys vs. 49ers playoff game airing on?Somehow, someway, this game that was meant to be on FOX will be airing on CBS. Tony Romo will be predicting plays alongside Jim Nantz in the late-afternoon window on Sunday. While they will surely do a good job, it is very odd that FOX only got one game on Super Wild Card Weekend. CBS and NBC have a pair of piece, while ESPN gets the finale on Monday night over in Inglewood, CA.

The good news is Romo will not have a very difficult time predicting what happens to the winner and loser of this NFC Wild Card Game. If Dallas wins, the Cowboys will take on the Tampa Bay Buccaneers at Raymond James. Should the 49ers win, they will venture up to Lambeau Field to take on the Green Bay Packers. Whoever loses, well, it is season over, Jim, and onto the draft!

So after watching the clock strike zero in Tampa, be sure to flip over to CBS to watch this game.