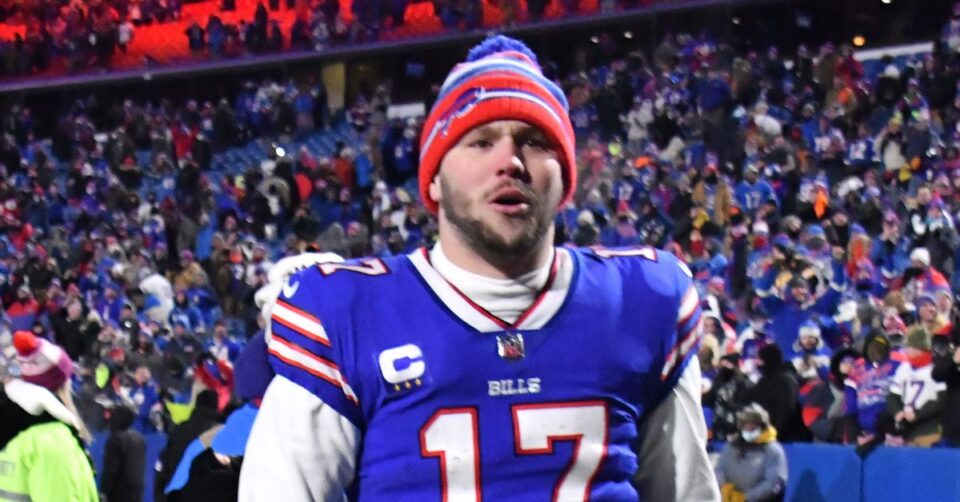 Monday Night Update
I feel badly for the Cardinals, really I do. It’s one thing to lose in the playoffs to a far more experienced team, showing you’re not quite ready to take over the mantle of the NFC West — it’s another to get decimated in front of a national audience to the point you look like pretenders.

That’s the great shame in this to me. It’s not that Arizona lost, it’s that if you hadn’t watched this team in 2022 you’d assume they sucked. Kyler Murray had his worst game of the season when it mattered most, the defense crumbled, and everything looked bad.

Winners: The veteran Rams
Los Angeles is 100 percent in “win-now mode,” like the Buccaneers were a year ago (and prove it worked in the process) but I love a nice turnaround story. Matthew Stafford, Odell Beckham Jr and Von Miller all shined in the win, reminding everyone that they’re still really good players — even if many counted them out.

I’m a sucker for a feel-good story, and these guys getting some national recognition is nice.

Well, that was fun wasn’t it? Super Wild Card Weekend was a whole lot like Wild Card Weekend … but SUPER! Everything is more fun when you throw “Super” in front of it. See: Mario Bros., Nintendo, man, and bowl. Sorry, I can’t keep up this facade. This was all an attempt by the NFL to make more money, so congrats I guess.

We really, really didn’t need to see the Buccaneers blow out the Eagles or the Chiefs destroy the Steelers in a three hour broadcasting ode to Ben Roethlisberger — but we did, and it was easily the most boring part of the weekend.

More isn’t always more. The four game weekend structure was already perfect. The two NFC, two AFC symmetry was there and it was delightful. Now we’re pushing this whole thing into Monday, with an unbalanced three game Sunday. I understand that raging against the machine is an unpractical enterprise, I just hope the players see some benefit in the next CBA of being put at risk in an extra week of regular season and an additional playoff game.

Now, let’s not invest any more time in why this weekend was bad and instead look at the amazing stuff that happened.

Winner: Josh Allen
There were a lot of big winners at quarterback this week, but none more than Josh Allen. Beyond the incredible stats it was far more about the statement Allen made on Saturday than anything else.

Don’t get me wrong, normally I abhor this idea of a “statement game.” It’s one of those buzz-word sports phrases we cook up for narrative’s sake, but don’t really represent the reality of the athletes who are playing the game. They don’t care about “statements,” they operate to win, move on, repeat.

However, the optics of Bills vs. Patriots is massive. It’s big in the regular season, and mammoth in the playoffs — even considering the wild card. This is a rivalry forged in a crucible, and the first stoked with the frustration of decades of the Bills being second. A year ago we were talking about the shift in power in the division heading to Buffalo, and that turned back mid-2021 as it became apparent New England was far from dead.

For while it seemed that the Bills would be heading back to waiting for their turn. The Patriots surged with Mac Jones midseason as the Bills floundered, then Buffalo surged back while New England regressed. That made the playoff meeting a toss up. The door was shut on all that really quickly.

Buffalo didn’t just beat the Patriots, they obliterated them — and it was on the back on Allen’s perfect game. Moments like this are why the Bills had so much faith in extending him last offseason in a massive contract. When you can beat the Patriots at home in the playoffs it’s the ultimate sign of things changing.

The most remarkable thing about Allen’s game is how many different weapons he used through the air. He completed 21 passes to nine different receivers, showing a varied passing attack that’s been missed so much this year.

The next step against the Chiefs will be considerably more difficult, but for now the Bills are table-diving kings.

I feel bad for it.

Winner: Patrick Mahomes
If you throw five touchdowns and destroy a playoff team you’re a winner. I don’t make the rules. That said, I might not forgive him for so throughly dismantling the Steelers that we essentially had three hours of announcers bloviating about Ben Roethlisberger.

Is this the end to the playoffs or a wake for the cancellation of Jersey Shore? You Tell me.

Winner: The Chiefs’ incredible flex
This could be extremely poor stadium planning, but I don’t care because it’s hilarious.

Sure, the Chiefs could have just pretended this never happened. I don’t know how many people would have noticed there weren’t touchdown fireworks — but rubbing it in this this really sells the moment. Also that line about directly complaints is just delightful. I would love to know if anyone took the team up on this.

Winner: Deebo Samuel and Jerick McKinnon
I’m putting this duo together because they really fall into similar characters. Both are two of the most exciting multi-purpose weapons in the NFL, falling into the realm of hydrid weapons the modern NFL loves.

McKinnon is technically a running back. Samuel is a wide receiver on paper — both are the most important every-down threats on their respective teams. Getting to shine on a national stage was wonderful for both of them, and show the world the kind of players that dominate the modern NFL.

I love to see these guys thrive, and with both teams moving on I’m excited to see what happens next.

Djokovic could be barred from French Open