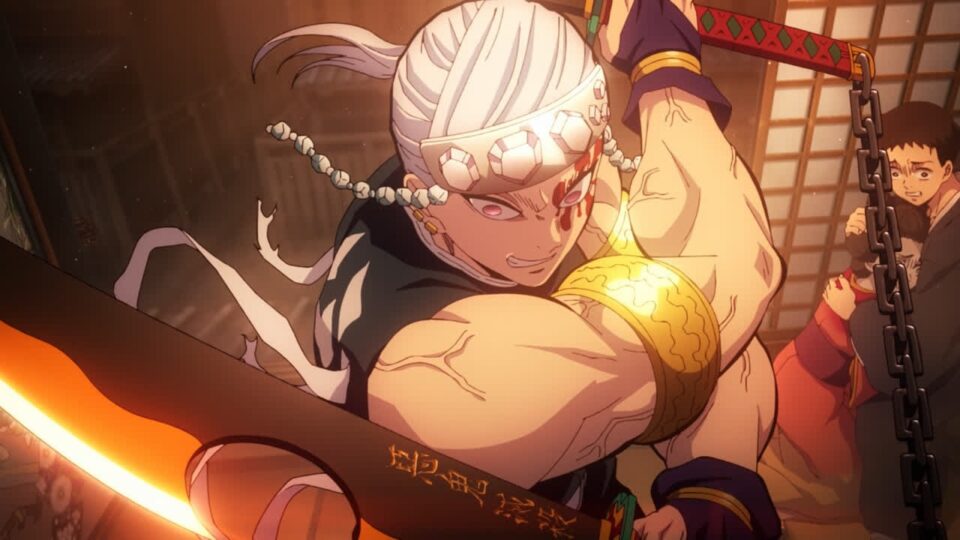 Have you been keeping up with the Demon Slayer: Kimetsu no Yaiba anime as it airs each Sunday? We’re currently smack dab in the heart of the Entertainment District Arc, and a new key visual debuted alongside a promotional video showcasing the fresh art.

In addition to the visual, there’s a cast reveal for the voice behind Upper Rank Six Gyutaro, who is voiced by Ryota Osaka (Sadao Maou in The Devil is a Part-Timer). Check out the visual and the promo below.

‘She was so joyful’: Betty White honored on what would have been her 100th birthday