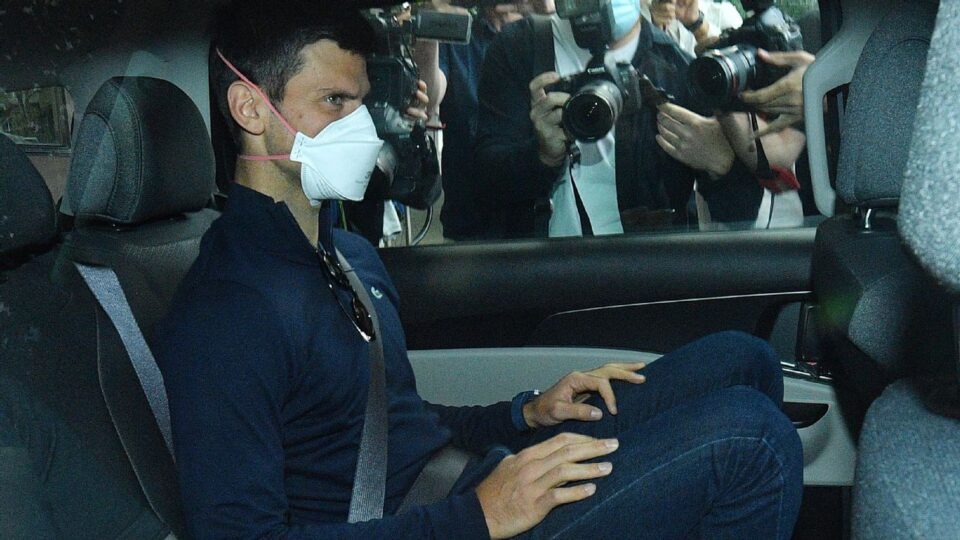 Novak Djokovic could be barred from playing in the French Open as things stand now after the Sports Ministry said Monday there would be no exemption from France’s new vaccine law.

World No. 1 Djokovic arrived in his native Serbia on Monday after being deported from Australia on Sunday because he is not vaccinated against COVID-19. Serbian President Aleksandar Vucic has accused the Australian government of “harassing” the top-ranked tennis star, who lost a legal battle to overturn the decision to revoke his visa.

Vucic urged Djokovic to return where he would be welcomed.

But even as he flew home, doubts arose over whether Djokovic would be allowed to play at Roland Garros.

France’s vaccine pass law, approved by parliament on Sunday, will require people to have a certificate of vaccination to enter public places such as sports venues, restaurants, cafes, cinemas and long-distance trains.

“The rule is simple. The vaccine pass will be imposed, as soon as the law is promulgated, in establishments that were already subject to the health pass,” the ministry said.

“This will apply to everyone who is a spectator or a professional sportsperson. And this until further notice.

“Now, as far as Roland Garros is concerned, it’s in May. The situation may change between now and then and we hope that it will be more favourable. So we’ll see, but clearly there’s no exemption.”

Djokovic, who was barred from his bid to win a record 21st Grand Slam title at the Australian Open, has refused to get vaccinated and was criticized for attending public events last month after testing positive for the coronavirus.

He is also the defending champion at Wimbledon, which begins in late June. But so far, England has allowed exemptions from various coronavirus regulations for visiting athletes, if they remain at their accommodation when not competing or training. The U.S. Tennis Association, which runs the US Open, has said it will follow government rules on vaccination status.

More than 95% of all of the top 100 men and women in their tours’ respective rankings are vaccinated. At least two other men — American Tennys Sandgren and Frenchman Pierre-Hugues Herbert — skipped the first major tournament of the year — the Australian Open — due to the vaccine requirement.

Asked if Djokovic would face any penalties for flouting his isolation while being infected when he returns to Serbia, Serbian officials said he would not because the country is not in a state of emergency.

Djokovic is a national hero in Serbia, whose president had called the court hearing in Australia “a farce with a lot of lies.”

Said Snezana Jankovic, a Belgrade resident: “Novak, welcome home, you know that we all support you here. They can take away your visa, but they cannot take away your Serbian pride.”

Information from Reuters and The Associated Press contributed to this story.