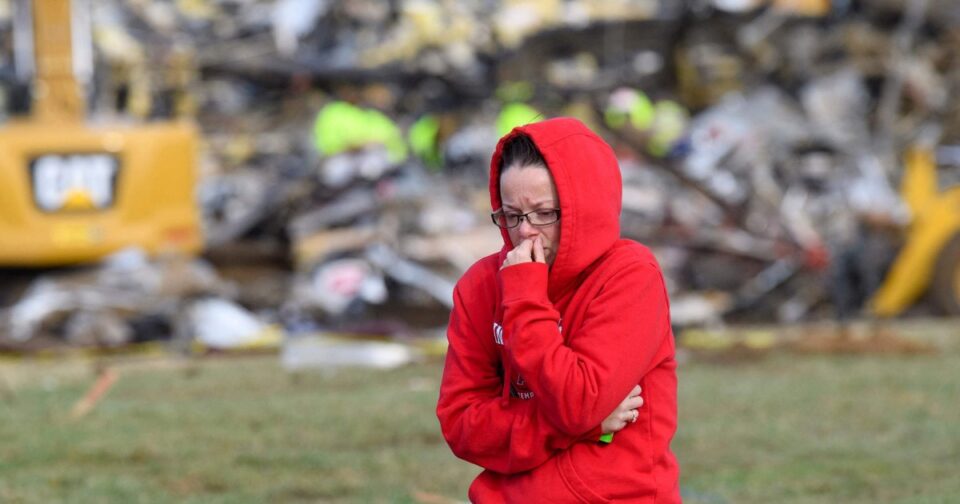 A Kentucky candle factory that was destroyed by a killer tornado — and where workers said they were threatened with dismissal if they left their posts before it hit — is closing and half the employees are being laid off.

Mayfield Consumer Products said in a Jan. 10 filing under the federal Worker Adjustment and Retraining Notification Act that it plans to shift the remaining 250 or so workers to a new plant in the nearby town of Hickory that will be “up and running as soon as practical.”

Company spokesman Bob Ferguson later told The Louisville Courier Journal, which first broke the news about the layoffs, that the company is “committed to the rehiring of everyone and to meeting or exceeding the employment levels it had prior to the tornado.”

“We hope they all come back,” he said.

At least nine people were killed Dec. 10 when the twister ripped through Mayfield and flattened the factory while more than 100 workers were still inside making scented candles.

One of the dead was a deputy jailer who was supervising a group of inmates who were employed at the factory as part of a work release program.

Five workers said in interviews with NBC News that fearing for their safety, they pleaded with their bosses to allow them to leave and shelter at home.

In an interview from her hospital bed, McKayla Emery, 21, said that worried workers first asked to leave shortly after tornado sirens sounded outside the factory around 5:30 p.m.

“If you leave, you’re more than likely to be fired,” she said she overheard managers tell four workers standing near her who wanted to leave. “I heard that with my own ears.”

“I asked to leave and they told me I’d be fired,” Johnson said.

“Everyone is expected to live up to certain standards of both the law, of safety and of being decent human beings,” he said. “I hope everybody lived up to those standards.”

Ferguson denied the allegations. But since then, several survivors have sued the company, accusing it of showing a “flagrant indifference” to workers’ safety.

Corky Siemaszko is a senior writer for NBC News Digital.