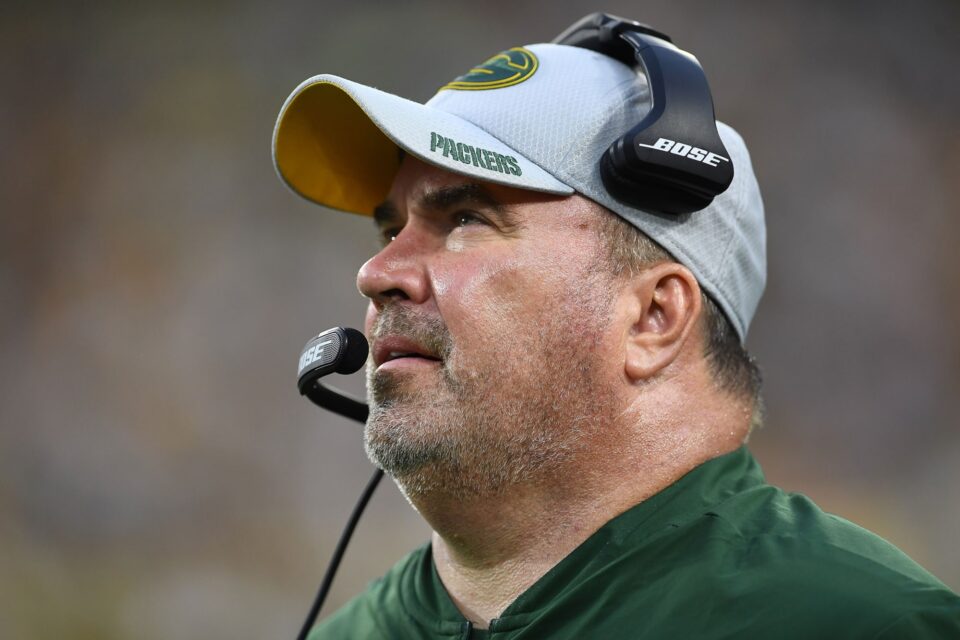 When Dez Bryant was live-tweeting his support during the nail-biting final minutes of the Cowboys-49ers game, he un-ironically asked for a little “McCarthy magic.”

Bryant knows all too well that McCarthy Magic means his team finds a way to win, the way McCarthy once beat the Cowboys during that famous catch that should not have been. Now the head coach of the Cowboys, Bryant desperately hoped that this time, the scales would tip in the Cowboys’ favor.

But there is seemingly no justice when it comes to Mike McCarthy’s playoff decisions.

Packers fans still frustrated with former coach Mike McCarthySomehow, Bryant got burned by McCarthy twice, and now Dallas fans are feeling the frustration of what it means to have McCarthy leading your team.

McCarthy was the head coach of the Packers for 12 years, with the Packers advancing all the way to the Super Bowl only once during that time. Considering that this was the majority of Aaron Rodgers’ career, one can only wonder if perhaps Rodgers would have another ring with a different decision-maker. The Packers won the NFC North conference title six out of those 12 years, and the Packers made the playoffs nine times out of 12, but somehow, the championship has frequently eluded the Wisconsin team.

Now, it’s Dallas’ turn: after a year without Dak Prescott, the Cowboys won their division and had the momentum to win over the 49ers. Rather than chucking a couple of Hail Mary attempts, the Cowboys decided to run for an extra 15 yards and risk running out the clock, which they did.

The Cowboys mounted a comeback on their own magic, but it was the play-calling that ultimately ruined their chances of a possible comeback.

Settle in, Cowboys fans, because according to cheeseheads, it’s life under McCarthyism.

‘A crucial time’: U.S. senators travel to Ukraine to warn against Russian aggression

Djokovic could be barred from French Open