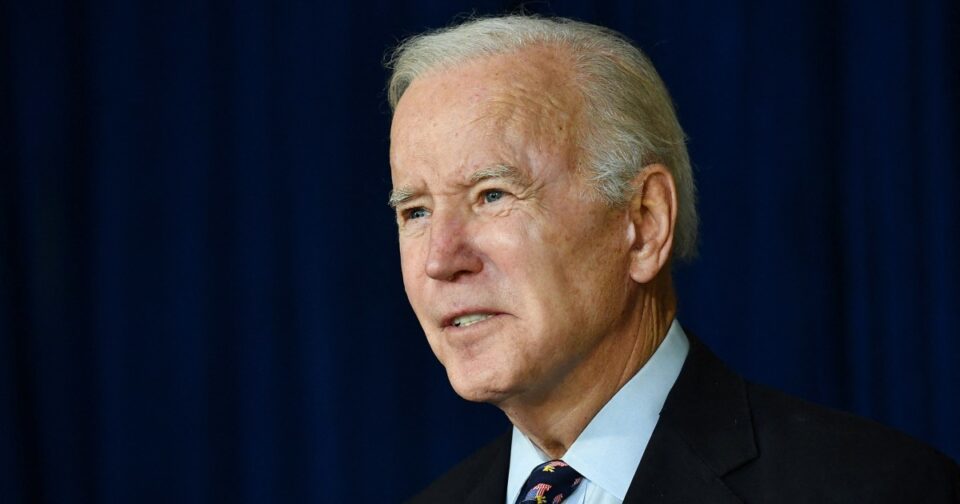 WASHINGTON — President Joe Biden renewed his calls to pass voting rights legislation at a breakfast Monday honoring Martin Luther King Jr., a day before the Senate is expected to begin a contentious debate over the two bills.

“On this federal holiday that honors him, it’s not just enough to praise him. We must commit to his unfinished work to deliver jobs and justice, to protect the sacred right to vote,” Biden said in recorded remarks to the annual breakfast honoring King organized by the National Action Network, the civil rights organization founded by the Rev. Al Sharpton, the host of MSNBC’s “PoliticsNation.”

“The attack on our democracy is real, from the January 6th insurrection to the onslaught of Republicans’ anti-voting laws in a number of states,” he said. “It’s no longer about who doesn’t get to vote. It’s about whether your vote counts at all. It’s about two insidious things, voter suppression and election subversion.”

The White House has pressed Congress to pass two major pieces of legislation, the Freedom to Vote Act and the John Lewis Voting Rights Advancement Act, which aim to broaden access to the ballot box, protect election officials from undue partisan influence and raise the bar for states with recent histories of discrimination to change voting laws.

The bills passed the House in one package last week and have majority support in the Senate. But they have no path to 60 votes to break a filibuster in the 50-50 Senate, where Lisa Murkowski of Alaska is the only Republican to support the John Lewis bill and no Republicans support the second bill. Democrats also don’t have the 50 votes needed to change the rules to carve out a filibuster exception for voting rights, with Sens. Kyrsten Sinema, D-Ariz., and Joe Manchin, D-W.Va., supporting the 60-vote rule.

The Senate hopes to begin debating the election bills Tuesday, but it isn’t expected to vote before Wednesday, a Democratic leadership aide said, suggesting that debate may begin with unanimous consent.

After the debate begins, Majority Leader Chuck Schumer, D-N.Y., will eventually make a motion to end debate, which will set up a 60-vote threshold vote to move to a final vote. That’s when Republicans are expected to filibuster to block the legislation. Once that happens, Schumer has said, the Senate will then consider rules changes; he hasn’t said which rules it will consider changing.

Despite the likely failure, Democratic leaders intend to hold a vote on some form of a filibuster change.

“This is what the caucus wants,” a senior Democratic aide said, acknowledging that Democrats have a “difficult hand to play” in the evenly divided Senate. “It’s a historic vote, and everybody needs to go on the record here. … Nobody’s just going to give up. Sometimes having a vote puts pressure on people.”

Senators who are in a delegation visiting Ukraine will return in time for votes this week, an aide to one of the senators said Monday.

“We’re at another moment right now where the mirror is being held up to America again,” Biden said in his MLK Day remarks. “The question being asked again: Where do we stand? Whose side are we on?”

‘Nothing we could have said to him or done’: Family of Texas hostage-taker apologizes as U.K. reacts