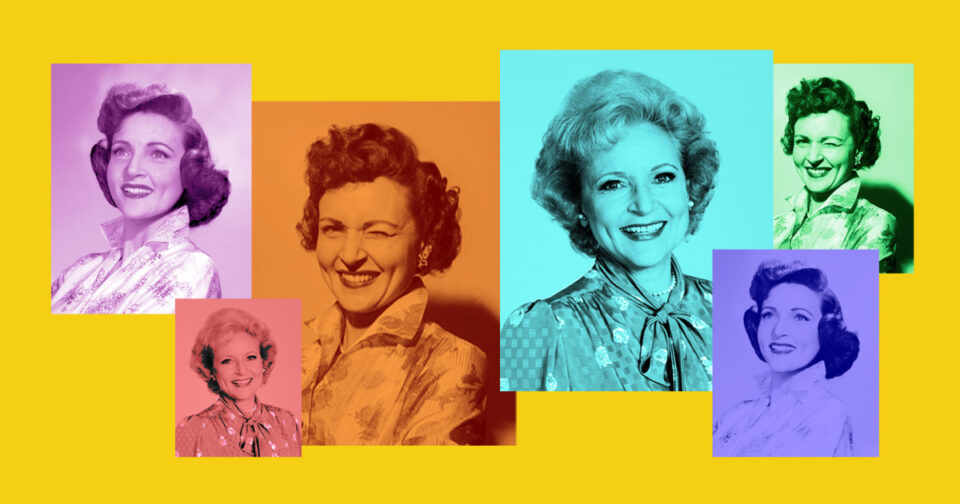 Stephanie Bernaba remembers the first time she saw Betty White on TV. She was a young kid living with her grandparents in Rhode Island, where they spent many evenings watching “The Golden Girls,” co-starring White as the endearingly daffy Rose Nylund.

“We would lay on my grandmother’s bed and eat Planter’s snacks out of a tin,” Bernaba, 43, who owns a small media firm, said with a laugh. “We thought the show was really funny, but more than anything, I enjoyed watching her. She was so joyful.”

White’s performance remained “a source of good memories” for Bernaba for decades. She and her grandma made a point of watching reruns of “The Golden Girls” for many years, whenever they were together and needed some small-screen solace.

Bernaba is one of many Betty White fans across the U.S. who have reflected on the Emmy-winning television star’s life since she died Dec. 31 at age 99. Monday would have been her 100th birthday, and some of those admirers commemorated the occasion, attending celebrations of her career or participating in virtual memorials.

At about 900 movie theaters across the country, the independent distributor Fathom Events screened “Betty White: A Celebration,” a 100-minute documentary filmed before her death. (The original subtitle was “100 Years Young — A Birthday Celebration.”)

“During the many years we worked with her, we developed a great love and admiration for Betty as a person, and as an accomplished entertainer,” producers Steve Boettcher and Mike Trinklein said in a joint statement.

“We are thankful for the many decades of delight she brought to everyone,” they added.

Leida Rosenberg, 72, and her husband, Barry Spielvogel, 74, braved the cold and Covid risk Monday to catch an evening showing at the AMC Kips Bay 15 in New York City — their first movie theater outing since the start of the pandemic.

“We loved her. We wouldn’t miss it,” said Rosenberg, a retired schoolteacher.

Rosenberg said: “She showed us you can still be active even in your old age. You don’t have to sit home. You can go out and volunteer and do something that you love.”

“As long as there’s no Covid,” Spielvogel added.

In the Chicago suburb of Oak Park, where White was born, fans were invited to pay their respects in front of a movie theater over the weekend.

The Los Angeles Zoo invited guests to take a self-guided tour of White’s favorite spots on the property, while other animal sanctuaries posted tributes. White “cared deeply for all living creatures — including us,” said Denise M. Verret, the CEO and director of the zoo, where White served on the board.

Meanwhile, the #BettyWhiteChallenge hashtag took off on Instagram and Twitter. The social media users behind the campaign called on White’s fans to donate $5 to local animal shelters or rescues in her name Monday.

Google recognized White, too. Anyone who searched her name Monday was greeted with animated rose petals and a graphic that read in part: “Thank You For Being A Friend” — a nod to “The Golden Girls” theme song.

The tributes were a testament to White’s wide-reaching legacy.

She was hailed as a natural television performer, gifted with an easy smile and impeccable timing. She was recognized as a generation-spanning avatar of professional longevity and graceful aging.

Eric Seader, a technical consultant who works with law firms and grew up on “The Golden Girls,” said he was especially impressed by White’s activism on behalf of animals in a time when many public figures seem to attach themselves to causes only halfheartedly.

“Several celebrities throw their weight behind the cause, but few exude authenticity the way she did,” Seader, 42, said in a phone interview.

“In an age of politicians and celebrities changing their public statements to fit the current trends, Betty’s messages of love, compassion and equality never wavered,” he added.

Barbara Sather, 70, who lives in a suburb of Minneapolis, put it more succinctly: “If you love animals that much, you must be a good person. It tells you what was in her heart.”