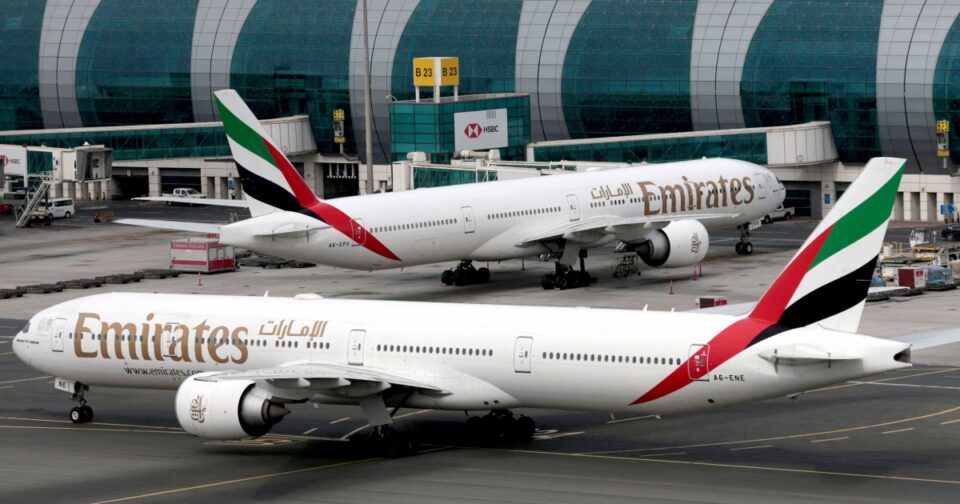 Major airlines around the world rushed to cancel or change flights to the United States on Wednesday ahead of the rollout of a new 5G wireless service that has sparked safety concerns.

The scramble came despite Verizon and AT&T agreeing to temporarily limit the launch of the new C-Band 5G service around some airports after airline chief executives warned it could cause “catastrophic” disruptions.

Several airlines still opted to cancel or switch aircraft models for flights to the U.S. after warnings that the 5G launch could potentially interfere with signals used by radio altimeters, which help pilots land safely in low-visibility operations, on some jets and planes.

The U.S. Federal Aviation Administration began updating its guidance on which airports and aircraft models could be affected by the 5G rollout late Tuesday, with the issue appearing to particularly impact the Boeing 777 — a long-range, wide-body aircraft used by carriers worldwide.

Dubai’s Emirates said it would be suspending flights to at least nine U.S. destinations from Wednesday, according to Reuters. Flights to New York’s John F. Kennedy International Airport, as well as to Los Angeles and Washington, D.C. were still expected to run. The airline is the world’s largest operator of the 777, according to its website.

Meanwhile, Japan’s two major airlines, All Nippon Airways and Japan Airlines, said they would also hold back on Boeing 777 flights to the U.S., with the former airline saying it would be cancelling or changing the aircraft used on some flights.

A spokesperson for Singapore Airlines told NBC News the airline had switched the aircraft used on certain U.S. routes “based on guidance from Boeing and in consultation with our regulators.”

Like Singapore Airlines, a number of other companies said they had might flight changes based on guidance from Boeing. Boeing did not immediately respond to a request for comment from NBC News.

Delta Air Lines said it was also preparing for the possibility of weather-related cancellations prompted by the deployment of the new 5G service.

Delta Executive Vice President and Chief of Operations John Laughter said Tuesday that the company appreciated the decision from telecommunications companies to limit the rollout.

“We believe industries can grow, innovate and co-exist for the benefit of consumers,” Laughter said. “That’s why we’re continuing to work with the FAA, the FCC and the telecom industry to find a practical solution that will allow for the rollout of 5G technology while preserving safety and avoiding flight disruptions.”

The statement came after Delta and other major U.S. airlines, including American Airlines and United Airlines, sent a letter on Monday to U.S. transportation and economic officials warning that Wednesday’s 5G rollout could cause major disruptions.

In response both AT&T and Verizon agreed Tuesday to temporarily limit 5G service around some U.S. airports after having already delayed the rollout of the service by two weeks over the same concerns.

Verizon said that while it would still move forward with the 5G launch, which it said would “enable more than 90 million Americans to experience the transformative speed,” it also acknowledged that some crucial “operational” issues had yet to be resolved.

“The Federal Aviation Administration (FAA) and our nation’s airlines have not been able to fully resolve navigating 5G around airports, despite it being safe and fully operational in more than 40 other countries,” Verizon said Tuesday.

AT&T said it had also agree “to temporarily defer turning on a limited number of towers around certain airport runways.”

However, the company said: “We are frustrated by the FAA’s inability to do what nearly 40 countries have done, which is to safely deploy 5G technology without disrupting aviation services, and we urge it do so in a timely manner.”

In a statement published on the FAA’s website on Tuesday, Transportation Secretary Pete Buttigieg said the U.S. would continue to “lead the world in safety” amid Wednesday’s 5G rollout.

“We recognize the economic importance of expanding 5G, and we appreciate the wireless companies working with us to protect the flying public and the country’s supply chain,” he said. “The complex U.S. airspace leads the world in safety because of our high standards for aviation, and we will maintain this commitment as wireless companies deploy 5G.”

The FAA did not immediately respond to a request for comment from NBC News on Wednesday.