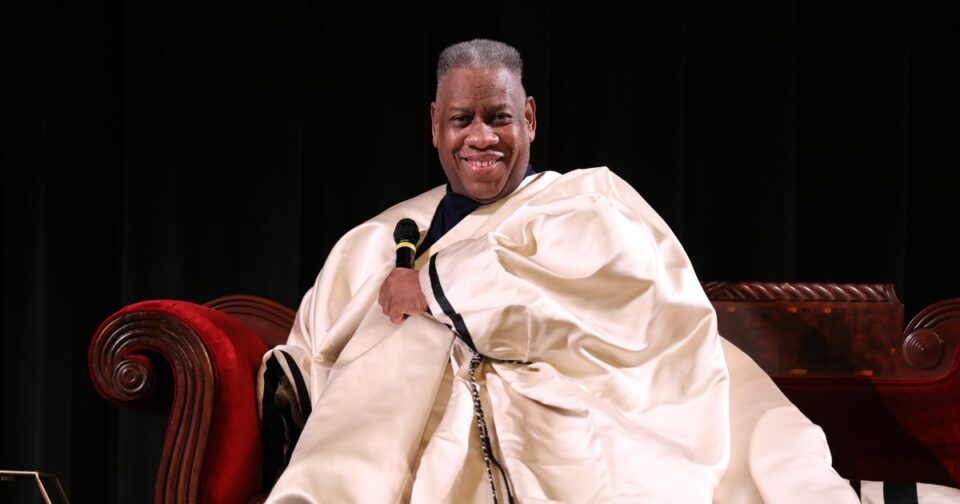 For decades, the former Vogue creative director and editor-at-large shaped fashion and trends but was never afraid to break the rules.

Talley was born in Washington, D.C., and raised in Durham, North Carolina, by his grandmother, Bennie Frances Davis, who he said had a flair for fashion and influenced his attraction to the industry.

He said he ventured to the Durham library as a child and discovered Vogue, starting his relationship with the publication as a devoted reader.

Talley attended North Carolina Central University before earning a master’s in French studies from Brown University in the bellbottom years of the early 1970s.

Working as an assistant for Andy Warhol put Talley in a powerful position for the worlds of art and culture. That decade he became the Paris bureau chief of Women’s Wear Daily and contributed fashion coverage to The New York Times. In 1983, he went to work for Vogue as a fashion news director and later as a creative director.

He left Vogue in the 1990s, returned as editor-at-large, and left for good in 2013 to chase an opportunity to run Numéro Russia, a style publication, but left after a year. As Barack Obama ascended to the White House, Talley was tapped to advise the first family on fashion.

In the following years he appeared on the reality television hit “America’s Next Top Model” as a judge, an ultimate arbiter, which was his way.

Talley’s gaze was intense and intimidating, his 6-foot-6-inch frame a preview of the wit and intellect behind his fashion criticism.

His idea of impactful fashion included breaking rules, but only if you know the rules.

In 2017, Talley addressed the trend of men in rompers — the short version of jumpsuit — telling St. Louis Magazine, “The romper trend is not something that is universal. I don’t see Kanye West going out in a romper, or Drake, Justin Bieber. Certainly not Leonardo DiCaprio. James Corden could pull off a romper.”

Talley’s influence reached beyond the runway and glossy pages: He appeared in the 2008 big-screen version of “Sex and the City,” the Vogue documentary “The September Issue,” and “Valentino: The Last Emperor,” a documentary about the designer. He was also the subject of the 2018 documentary, “The Gospel According to André.”

“Over the past five decades as an international icon was a close confidant of Yves Saint Laurent, Karl Lagerfeld, Paloma Picasso and he had a penchant for discovering, nurturing and celebrating young designers,” the social media post reporting his death said.

His 11-room colonial in White Plains, New York, the subject of a legal dispute this year over who has ownership and residence rights, seemed to suggest Talley’s sense of style, comfortable but grand. It included the sofa from author Truman Capote’s United Nations Plaza apartment.

He has said that, growing up, Vogue’s description of Capote’s Black and White Ball, a society party supreme, as a refined world where “bad things never happened” sparked desire and imagination, The New York Times wrote in its review of his 2020 memoir, “The Chiffon Trenches.”

Talley’s memoir was noted for dishing on his tumultuous relationship with another Vogue fashion deity, Anna Wintour. But it also brought a new understanding of his own childhood and attraction to fashion runways — and how race in America was a key to his fabric.

His voice was more than sniping. He used it to encourage inclusion in an industry that has its racial archetypes. He was a constant voice of encouragement for the under-recognized overachievement of Black culture, particularly in the realm of style.

Rihanna. Janelle Monae. Kerry Washington. Lupita Nyong’o. When they walked at the Met Gala, what he called the Super Bowl of fashion, he cheered for them like a proud parent. “How beautiful is your dress,” he told Washington.

His sense of properness and pageantry in fashion dates back to his days of going to church with his grandmother. He often made the distinction that this was not just church, but Black church.

“In the Black South, the church culture was almost like a finishing school,” Talley told Garden & Gun in 2018.

He told the magazine one of his proudest moments was when Edward Enninful became the first Black man to lead British Vogue and he said to Talley, “You paved the way.”

Information about Talley’s survivors and services was not immediately available Tuesday night.