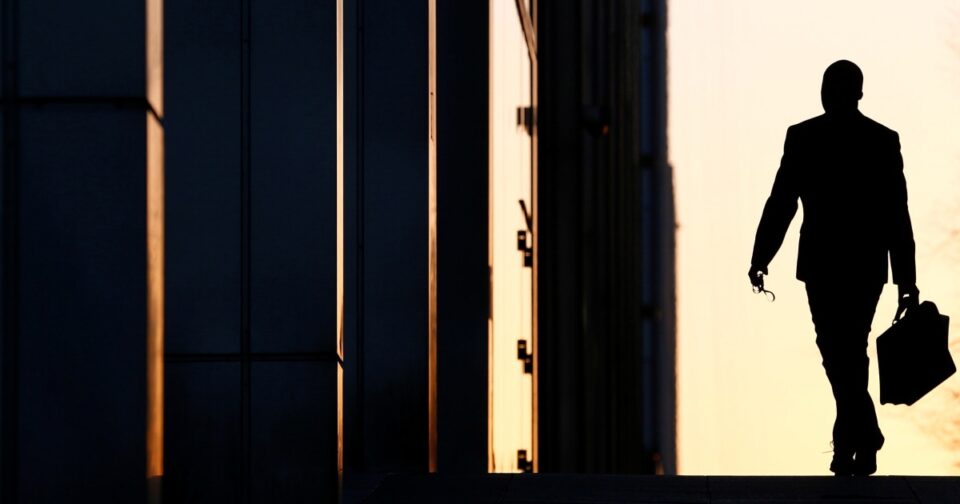 Corner office or not, everybody seemed to need a break after 2021. CEOs and other executives have spent the past two years juggling work-life balance like everyone else — and just like employees on lower rungs of the corporate ladder, a growing number are walking away.

“The job of a C-level executive is you’re burning the midnight oil. You add Covid into that and it feels like you’re doing twice the work for half the payout. You can’t get in front of the fires that pop up,” said Miles Crawford, former CEO of a staffing company about an hour south of Walmart’s home base of Bentonville, Arkansas. Crawford left his job in June when the company was being sold.

Julia Pollak, chief economist at ZipRecruiter, said a number of factors are prompting people to quit top jobs. “It’s many factors — the burnout, the pandemic, the school closures, the need to take stock of life,” she said. “It’s a whole wide range of shocks.”

Top brass at some of America’s biggest and most well-known companies aren’t immune: Twitter co-founder Jack Dorsey announced he was stepping down as CEO in November and would depart the social media company’s board later this year. “After almost 16 years… I decided it’s finally time for me to leave,” he said in a tweet announcing his resignation.

Even corporate chiefs with long tenures at their respective helms are heading for the exits. Jeff Bezos quit as Amazon’s CEO in July, Former Disney CEO and current chairman Bob Iger said he would depart the company at the end of 2021, and American Airlines CEO Doug Parker announced in December that he will retire in March.

In December, 106 CEOs left their posts, according to a monthly tracker conducted by executive outplacement firm Challenger, Gray & Christmas, which noted that this October’s 142 CEO departures was the second-highest month on record. In total, the number of departing CEOs in the final quarter of 2021 was up 16 percent on a year-over-year basis. If historical trends hold true, companies will need to brace for an expected wave of CEO departures in January, traditionally the highest month for CEO departures going back to when Challenger started tracking the numbers in 2004.

Experts in human resources say none of this should have come as a surprise. Data indicates that corporate top brass have been grappling with many of the same challenges as their employees — and then some — and that the growing strain of the pandemic is taking a toll. A November Gallup survey found that the percentage of managers who report feeling burned out “very often” or “always” rose.

“We didn’t realize that CEOs are employees, as well,” said Johnny C. Taylor, Jr., president and CEO of the Society for Human Resource Management. “We talk about employees having experienced ‘Covid clarity.’ That happened with us, as well, over the last two years. You’re under intense pressure and you just say, ‘Do I need this?’ There is no more work-life balance, especially for CEOs.”

There is no more work-life balance, especially for CEOs.

Top executives recount enormous pressure over the past two years not just to steer operations through an unprecedented and disruptive global public health crisis, but also to project confidence and stability to scared, isolated and frequently overwhelmed employees.

“There was no playbook for how to handle this situation, so the challenge was we couldn’t look to the past to find any precedent to follow,” said Olin Hyde, who stepped down as CEO a year ago from the San Diego-based company he founded in 2013, a sales development platform previously named LeadCrunch (it has since rebranded with the new name Rev).

“Obviously, the pandemic made things stressful for everybody,” said Michael Henderson, who left his job as chief technology officer of New York-based Talent, Inc. in December. “I’ve had a lot of burnout,” he said.

Henderson said he struggled to combat lagging productivity and friction between workers. “I’ve had remote teams in the past, and one of the things I’ve seen is regardless of how strong the psychological bonds are, after three months, that trust starts to unravel,” he said. “Everybody was on edge.”

There are indications that this stress is hitting corporate America’s youngest and most ambitious talent the hardest: A MetLife survey published in September found that 42 percent of managers in the 26-to-40 year-old age bracket reported experiencing burnout, the highest among the age cohorts surveyed.

Dhruv Ghulati started London-based Factmata, a tech company that uses artificial intelligence to combat online misinformation in 2017, when he was just 25 years old. Prior to Covid, Ghulati already had been exploring the idea of an exit, and had a candidate lined up to replace him in early 2020. When that fell through, it was a heavy blow — and the pandemic quickly piled on the rest. “That also took a lot of wind out of my sails,” he said. “I kind of felt stuck.”

Ghulati said he struggled with employee retention in the early months of the pandemic. “Working for a startup suddenly doesn’t seem like a safe bet,” he said, and operational challenges compounded his stress. “I felt like I could only take that many beatings,” he said.

Observers say another big factor contributing to the departures is that the role of CEO in the public imagination has shifted radically. “Traditionally, CEOs were responsible for managing shareholders and shareholder relations,” Taylor said.

But today, CEOs are finding they have to answer to a much broader contingency of stakeholders that might include employees, customers and activist groups — and are held to task if their views are out of alignment with the zeitgeist.

“Now, you’ve got employees who want to know if even in your personal life, you’re aligned with their beliefs and your value systems,” Taylor said. “You really lose any ability to be an individual.”

“You’re seeing a lot of CEOs assessing the risks and the trade offs,” said Jeffrey Sonnenfeld, associate dean at the Yale School of Management and CEO of the Yale Chief Executive Leadership Institute. “Trying to navigate their way through a sea of wedge issues isn’t what they signed up for.”

Conversely, many executives are finding that climbing down from the corporate ladder is the catalyst they need to reinvent or reinvigorate themselves. In April, Ghulati handed the reins over to his right-hand man and began what initially was intended to be a six-month sabbatical. After a period spent taking short-term consulting projects and traveling throughout Europe and Latin America, though, he decided to stick with his new, less-stressful status quo. “I’m surprised at how my experience is still valued by a lot of founders who need support… They want to speak to the people who’ve been there, in the trenches,” he said.

“I’ve been doing a lot of board and advisory work,” Hyde said — a role he, too, said he prefers for the time being. “I’m not in a position where I’m making half-million dollar decisions on a weekly basis. It’s a lot easier and a lot less stress.”

ZipRecruiter’s Pollak observed that the departures often have positive effects for the CEOs themselves. “I think that we’re observing what I’ve referred to as people wanting to balance their lives,” she said. “I’m seeing people who have really reevaluated their lifestyle because of the pandemic. I know executives who finally got to know their kids, and they don’t want to give that up.”

I know executives who finally got to know their kids, and they don’t want to give that up.

At just 34 years old, Crawford said he views himself roughly at the midpoint of his career — as well as at an inflection point. “I’m still very young, I’m aware of that… I saw it as sort of a rare moment in life to sort of stop and look around,” he said of his relinquishing the title of CEO.

“I think before stepping back into the next 15 years, I’m trying to be as intentional as possible, making sure the opportunity I take will be good for me,” Crawford said. “It’s taken me a few months to learn how to be present again, to go to the park, go on hikes, spend time with the kids, take them out for ice cream without checking emails on my phone. There’s something real about that.”

Andrew Garfield says he even lied to Emma Stone about ‘Spider-Man: No Way Home’ return