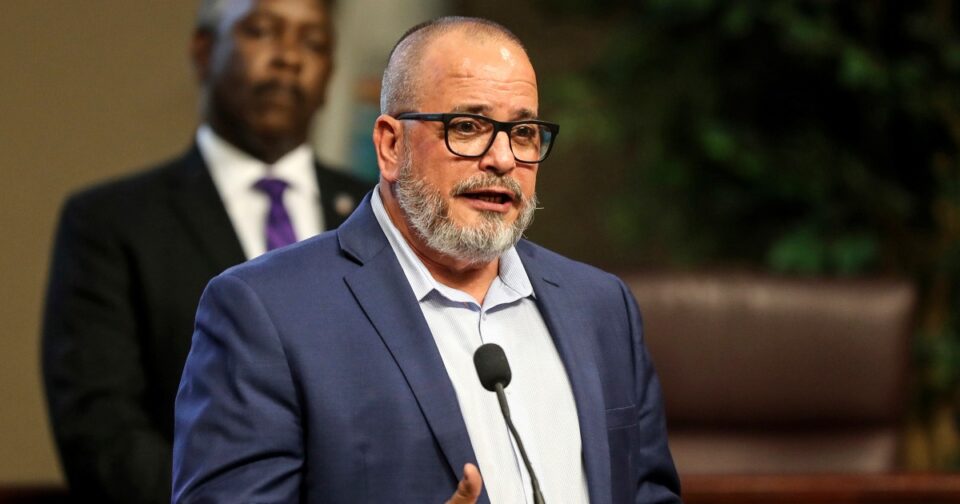 A Florida Health Department official that has been integral in leading central Florida through the pandemic has been put on administrative leave as the department investigates whether he tried to pressure employees to get vaccinated.

“As the decision to get vaccinated is a personal medical choice that should be made free from coercion and mandates from employers, the employee in question has been placed on administrative leave,” the health department said of Orange County Health Director Raul Pino.

“The Florida Department of Health is conducting an inquiry to determine if any laws were broken in this case,” said a statement from the department, which added it “is committed to upholding all laws, including the ban on vaccine mandates for government employees and will take appropriate action once additional information is known.”

A measure Gov. Ron DeSantis signed into law last fall prohibits government agencies from implementing vaccine mandates and restricts private businesses from having vaccine requirements unless they allow workers to opt out for medical reasons, religious beliefs, immunity based on a previous infection, regular testing or an agreement to wear protective gear.

ABC’s Orlando affiliate WFTV, which first reported Pino’s leave, and the Orlando Sentinel both reported that sources said he was placed on leave after a Health Department employee complained about an email he sent Jan. 4.

The email, obtained by WFTV, read in part: “I have a hard time understanding how we can be in public health and not practice it.

He lamented how few people working at the department had received a booster shot and wrote that less than half had received two shots.

“I am sorry but in the absence of reasonable and real reasons it is irresponsible not to be vaccinated,” Pino wrote in the email. “We have been at this for two years, we were the first to give vaccines to the masses, we have done more than 300,000 and we are not even at 50% pathetic.”

Pino has been in his role at the Florida Department of Health since May 2019. He did not immediately respond to a message seeking comment on Wednesday.