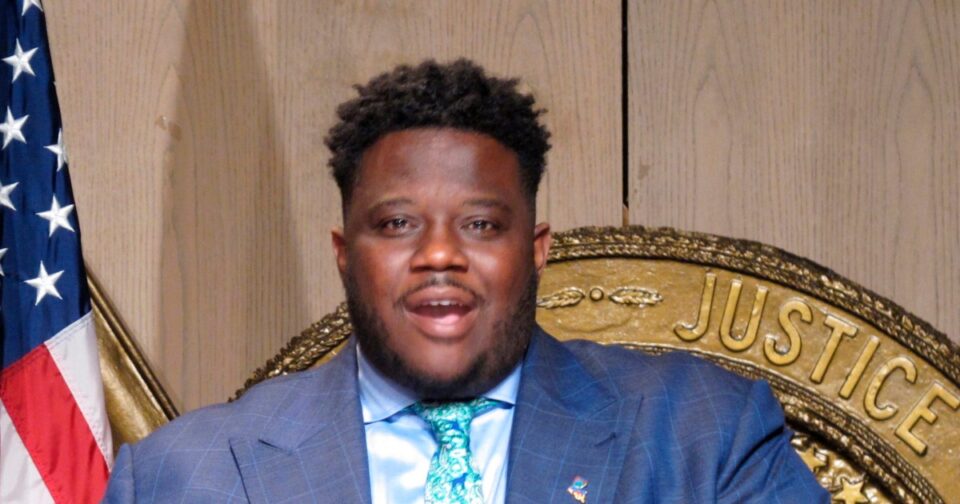 “I hope this ad works to not only destigmatize the use of marijuana, but also forces a new conversation that creates the pathway to legalize this beneficial drug, and forgive those who were arrested due to outdated ideology,” said Chambers in a tweet accompanying his ad titled ’37 seconds.’

The video opens with Chambers seated in a leather chair in the middle of a field and dressed in a deep blue suit — all while lighting a blunt and smoking it.

“Every 37 seconds someone is arrested for possession of marijuana,” said Chambers in the video.

“States waste $3.7 billion enforcing marijuana laws every year. Most of the people police are arresting aren’t dealers but rather people with small amounts of pot, just like me,” he goes on.

Chambers is looking to unseat Republican Sen. John Kennedy, who was first elected in 2016. Another Democrat, Luke Mixon, has also declared he will run for the position. Louisiana leans Republican: Kennedy won his seat by 21 points and Trump won the state by 25 points in 2020. The state’s governor, John Bel Edwards, is a Democrat.

“She was definitely the ballsiest major candidate on marijuana use up until this ad,” Pollara said.

There is one problem with the spot, however. Because it is 37 seconds, it’s just a few beats too long to get on TV for a convention half-minute ad.

On Jan. 1, smokeable medical marijuana became legal in Louisiana under certain conditions. Act 424 will allow patients to purchase up to two-and-a-half ounces of cannabis flower from dispensaries every two weeks.

Dr. Fauci says it’s too soon to tell whether omicron will end the pandemic