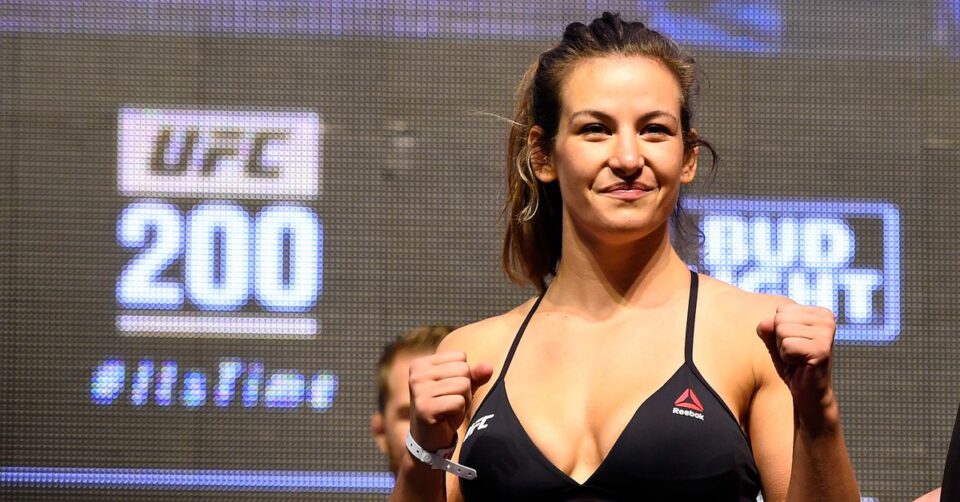 Several combat sports athletes have started making good money on the side posting content on OnlyFans or their personal websites. This includes high-profile UFC veterans like Paige VanZant and Bec Rawlings, who both stated how the decision has been a “game changer,” and allowed them to earn far more than their current fight contracts.

Miesha Tate recently made headlines saying that she won’t follow in the same path, as she isn’t “desperate.” This specific word has prompted a strong response from the likes of fellow UFC fighter Julia Avila.

“This is aggravating. Yes women have an only fans and what of it? Maybe they want attention. Maybe they want an extra dollar. Maybe they just WANT TO CELEBRATE THEIR WOMANHOOD AND HOW F***ING GORGEOUS THEY ARE. it’s not our place to judge or to tear down another woman for it,” Avila wrote.

“Fix your crown queen before casting stones on another because, honey, NONE of us are without fault and it’s a hard fucking world without having to tear one another down. rather than criticizing how about, ‘it’s not for me,’ plain and simple.”

Tate has since discussed the issue. The former UFC champion said her comment on her YouTube page isn’t meant to be public, and claimed foul play from the media.

“First of all, this was not a public statement, although I understand anything I say on the internet even if it is just a comment back to a fan on my YouTube channel, not something I meant publicly, that yes it can be taken out of context and the media can take and do what they want,” Tate told MMA Fighting. “I would like to note that none of the headlines actually quoted me. They only used one word that I used. But I have been getting a lot of comments and even to the point where I feel like it’s like harassing you, like leave me alone. I don’t want to have an OnlyFans.”

Tate also tried to clarify what she meant by not being “desperate,” and said she wasn’t targeting those who decided to post adult content.

“I’m engaged, I’m a mother of two, and I let one fan kind of piss me off and it was accumulating of people ‘start OnlyFans! Retire. Do an OnlyFans! Retire!’ I’m like guys I’m not desperate for that,” Tate explained. “I want to fight. I don’t need money and that’s where the clarification goes for that. I wouldn’t go and just sell myself on OnlyFans for just money. I don’t need money and I’m not doing this for money. I’m OK, guys. I’m OK.

“The word choice I used was wrong and I’m very sorry if it offended anybody who has an OnlyFans cause it certainly was not my intention. I was not targeting anybody. I love Kendra Lust. I’m just a big supporter of any — I’ll say people in general — but I’m such a big supporter and proponent of women doing whatever they want.”

Tate apologized for her comment, and went on to say that OnlyFans isn’t for her as she wants to be taken seriously as a fighter.

“I don’t want to do that because I feel like in my position, people are already calling for my retirement. They’re already writing me off. I’ve worked so hard for so long being a pioneer on this sport that I will do everything that I can to be taken as serious as I can. This is my personal [choice]. This is not a reflection of how anyone else chooses to lead their life or if they feel good about doing an OnlyFans, then great! Do it! I have no problem with women going out there, men going out there, whoever wants to get on OnlyFans, do it. But for me, I don’t want to be perceived as someone who is fighting as a secondary [option] or getting attention for fighting as a secondary [option]. I don’t want OnlyFans to be the reason that people are interested in me.”

“I do sincerely apologize. I did not want to hurt anyone’s feelings or make them feel bad for having an OnlyFans. You want to have one? Go for it. I support it 100 percent but please, you guys, stop asking that of me because it’s not the direction I want to go. I want to pursue fighting and I appreciate we can all have our individual choice so let me have mine.”